St. Isabella street stretches from the Queen Sofia art Center to Anton Martin square. Actually, the numbering goes from Anton Martin Square, but my route turned out exactly like this.

Just fifty meters from the art Center is the Augustinian monastery of Saint Isabel (Real Monasterio de Santa Isabel on the map), which gave its name to the street. To the right of the monastery adjoins the former building of king's College, also named after Saint Isabella, now it is occupied by a primary school. 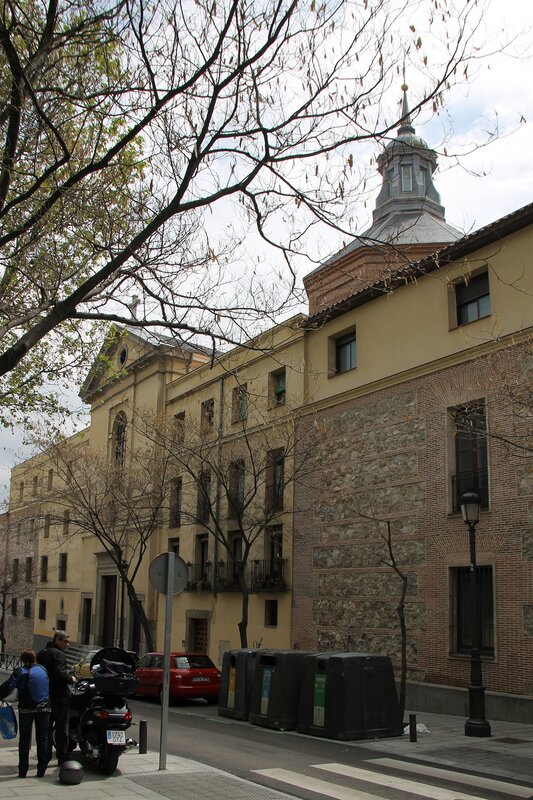 .After passing the block, look to the right, along the street of saints Cosme and Damian (Calle San Cosme y San Damián), at the end of which we will see the Church of San Lorenzo (Parroquia de San Lorenzo). 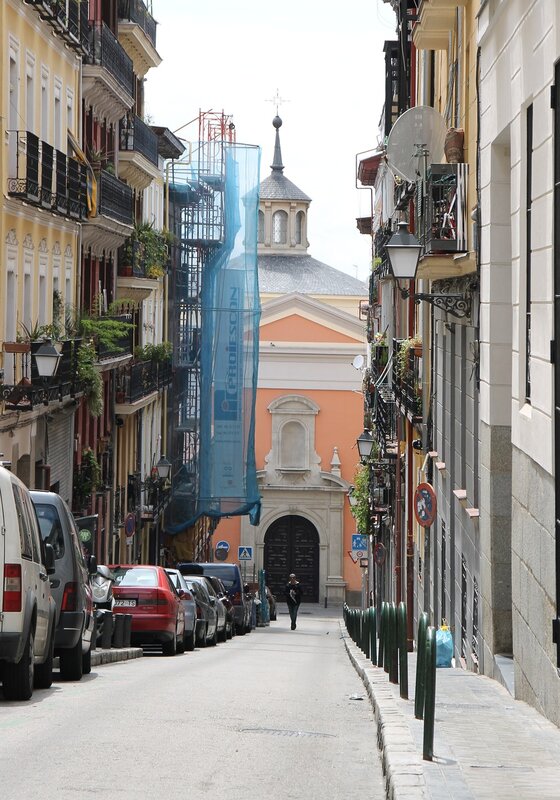 Then you can visit the colorful wine bar Tomates Verdes Fritos. 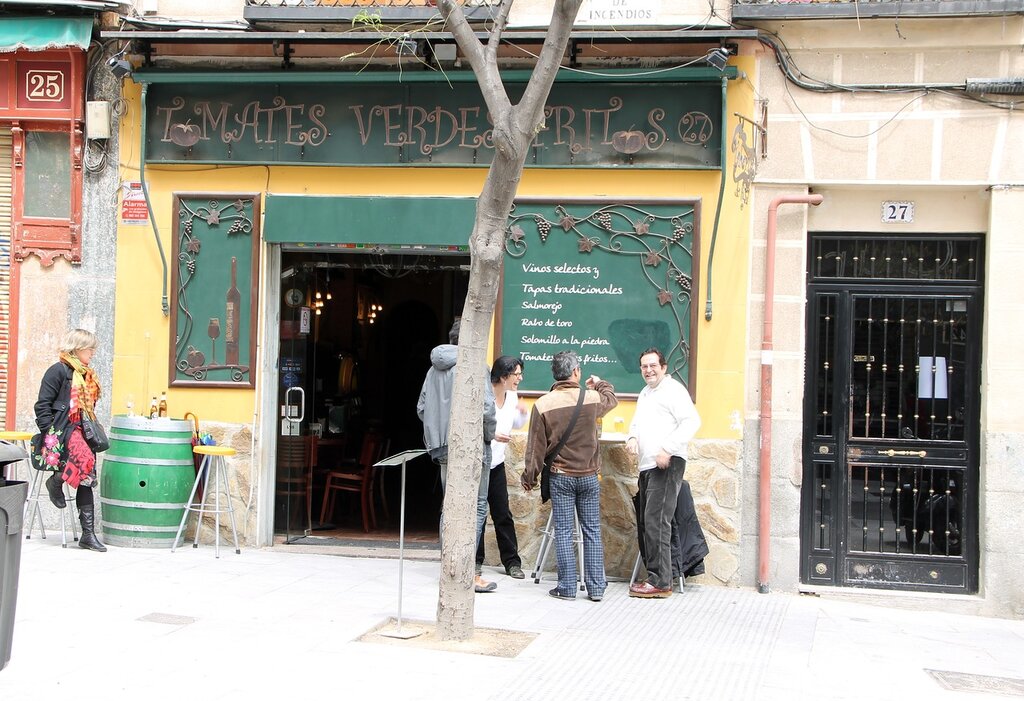 The next street, Surita, leads to Lavapies metro station. 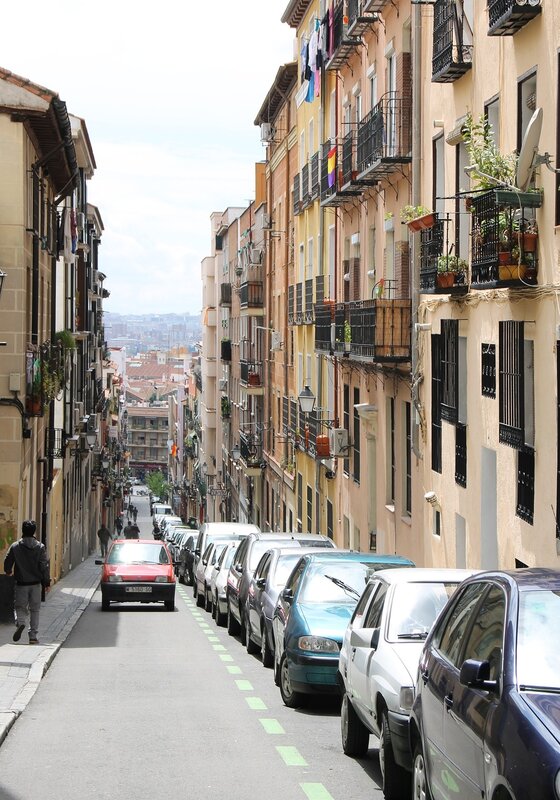 Shop "vegetables and fruits". I paid attention to the prices - they are very attractive, even compared to budget supermarkets-The Lavapies quarter is considered inexpensive. However, this does not affect the quality of the product in any way. 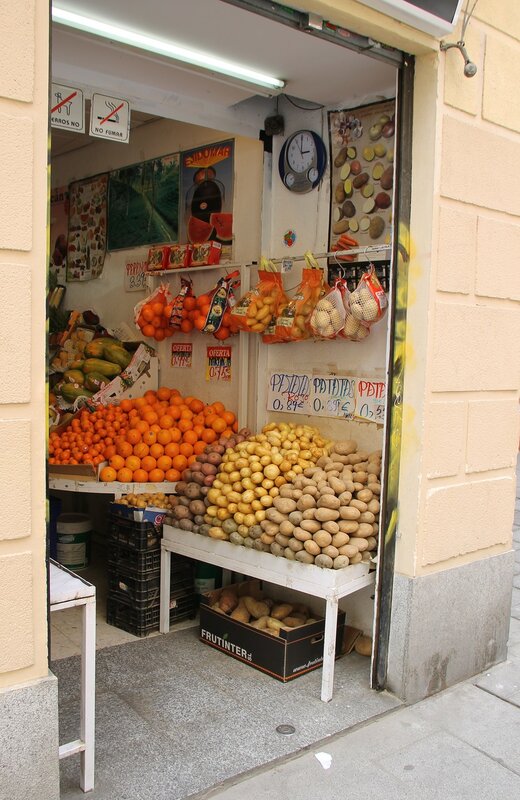 The Anton Martin market (Mercado de Anton Martin on the map), like most Madrid markets, not only offers a huge assortment of all sorts of food, but is also a fast food point. In addition, its location in the most cosmopolitan quarter of the city will give the market a special flavor - here you can meet people from any part of the World. Today is the First of may, Labor day, and the market is closed, as are most other retail outlets. 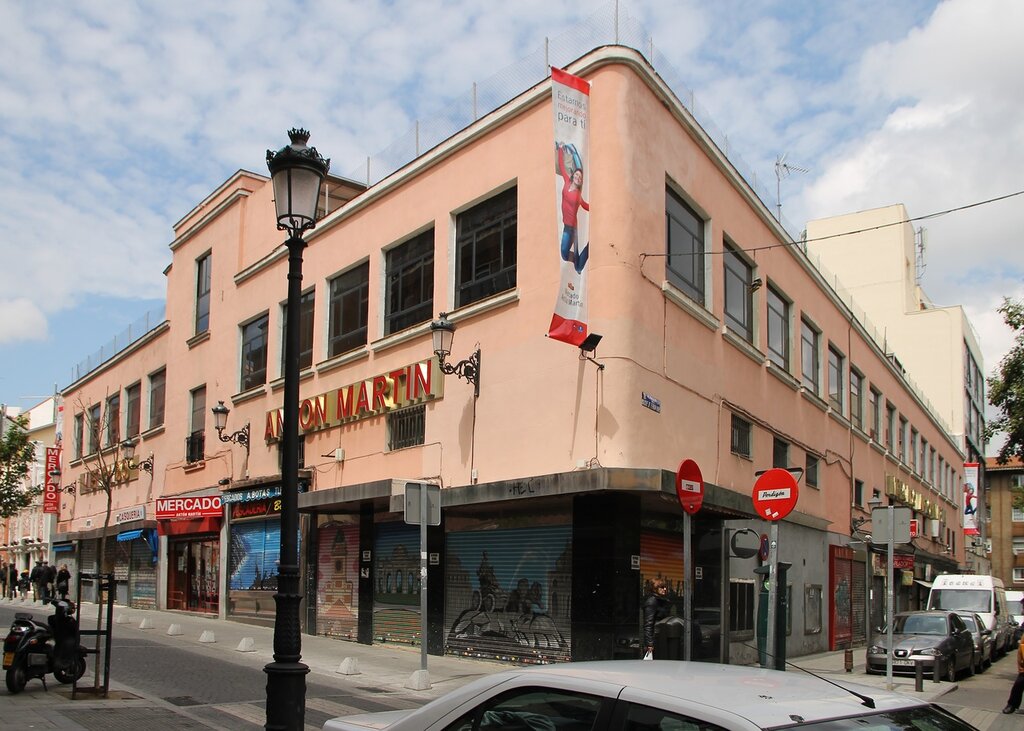 The former cinema Dore (Cine Doré), of the art Nouveau building only the facade remains, behind which the building of the film library of Spain hides. 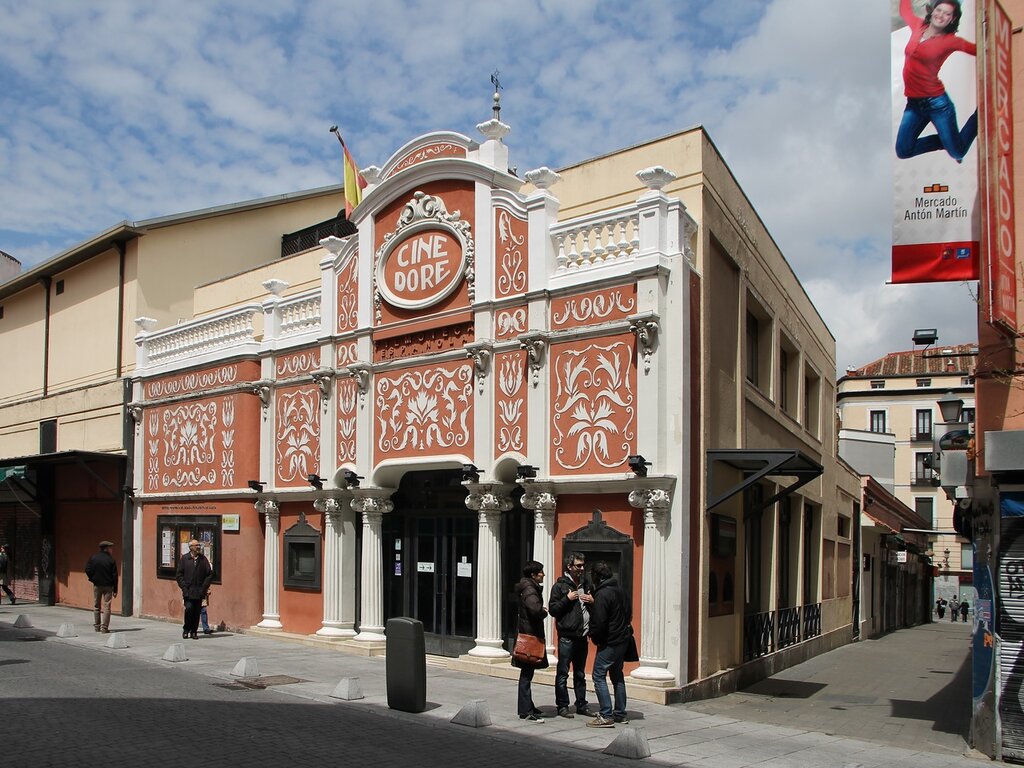 In front of the film store, the street forms a small island green island, on the right you can see the former trading rows of the meat company Gerardo Palacio Márquez, now there are scattered shops where you can buy meat and fish, today, like the market, they are closed. On the left - alimentacion Chinese grocery store. These shops, where you can buy the most necessary products, operate without holidays and weekends, from early morning to late evening without any Siesta. 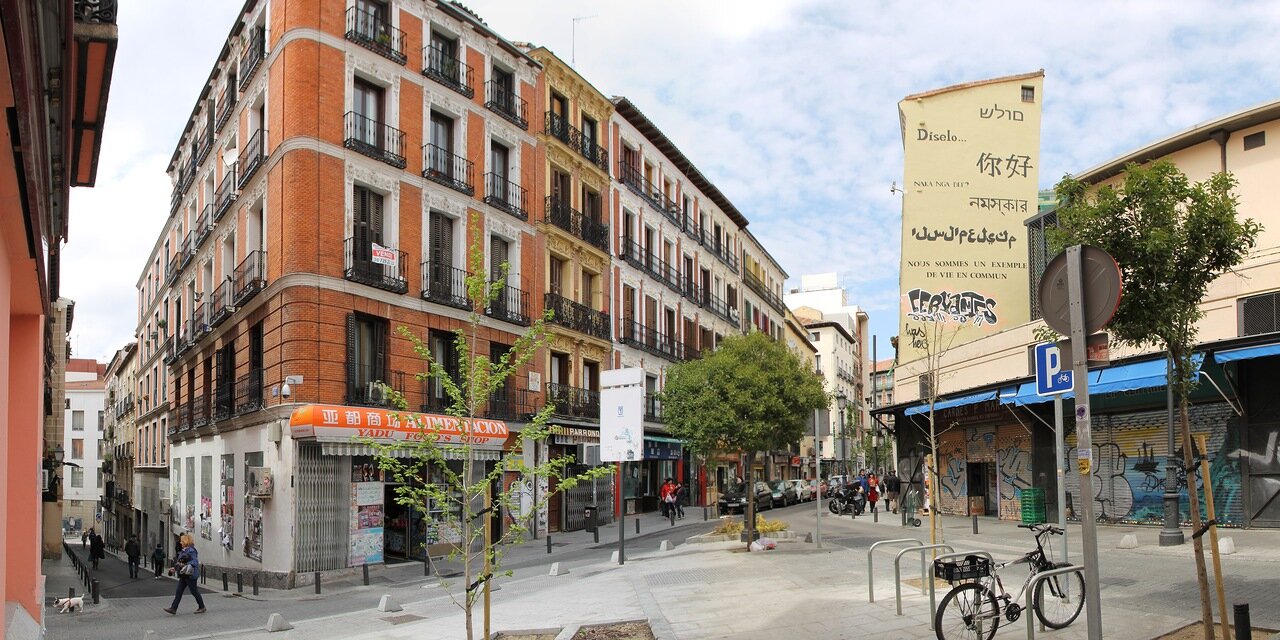 Finally, I reached the small triangular Anton Martin square (on the map), with the metro station of the same name. 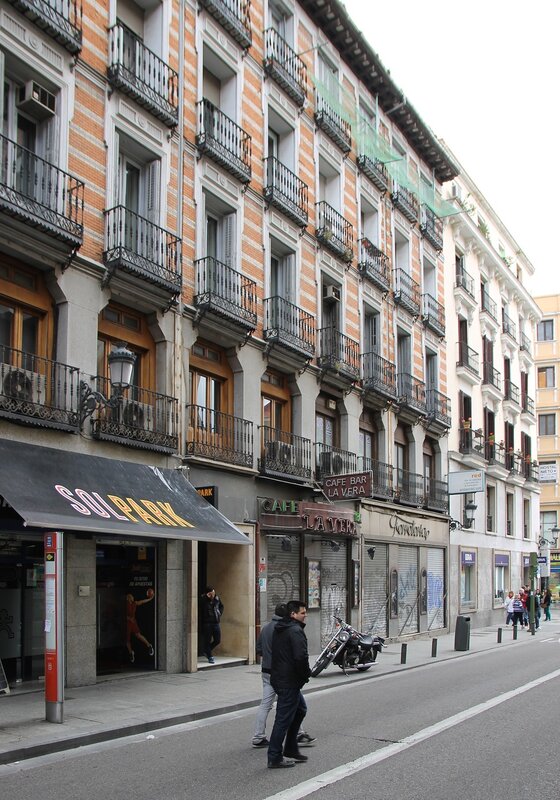 In 2003, the sculpture El Abrazo (Embrace) was installed here. Artist John Genovese dedicated his work to the victims of the terrorist attack on January 24, 1977. On this day, the far-right organized a massacre in the office of the legal center of the trade Union Association "Workers' commissions " on Atocha street. The target of the terrorists was the head of the transport workers ' Union, a member of the Spanish Communist party, Joaquin Navarro, but he was not in the office. The bullets got lawyers Valdivia Enrique ibáñez, Luis Javier Benavides, Francisco Javier pérez del Arco. Also killed were law student Serafin Holgado de Antonio and center administrator angel Rodriguez Leal. Four people were seriously injured, including those who happened to be in the office of the wife of Perez del Arco. The murder was ordered by Francisco Albadalejo Corredera of the Pro-francoist transport syndicate (known in Madrid as the "transport mafia"), whose rival was Joaquin Navarro's trade Union. The crime had a clear anti-democratic background, and the post-francoist government took all measures to find the killers and their client. The terrorists were detained for several days, and their trial was the first in post-dictatorial Spain, where the far-right received harsh sentences, having received in total about half a thousand years of imprisonment. 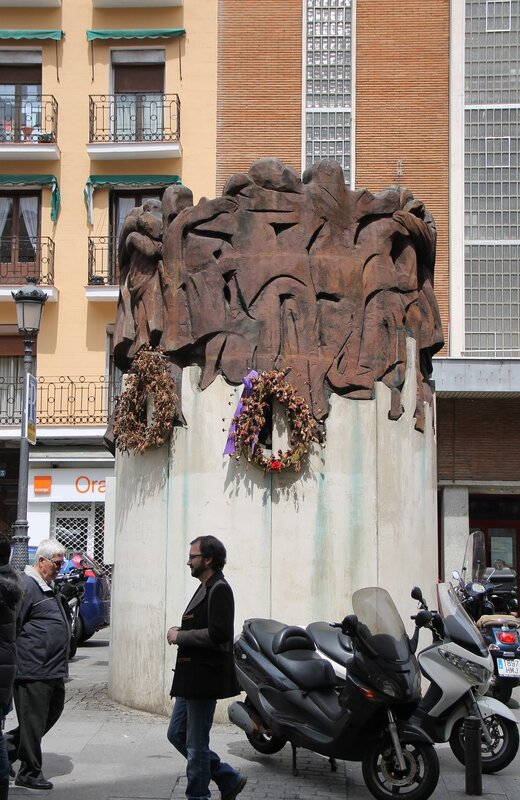 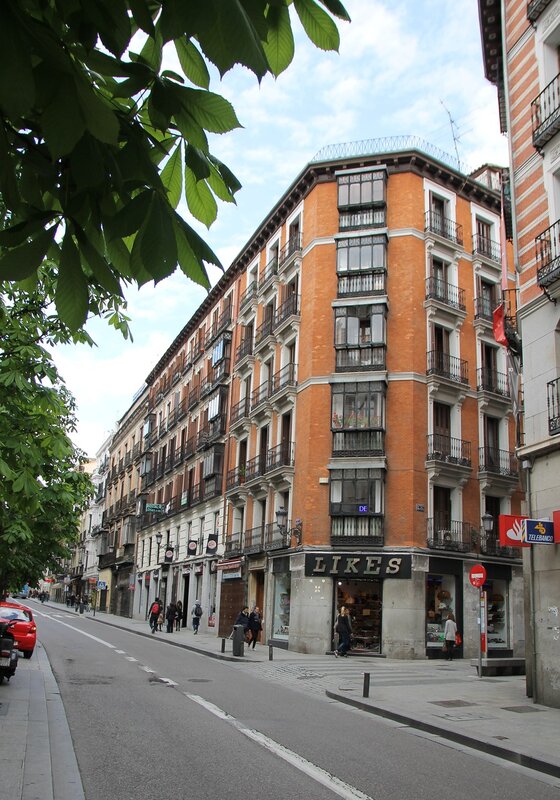