The main facade of the Queen Sofia Center opens onto a small rectangular square decorated with brown metal structures.

In front of the entrance to the Museum is a white column shaped column, resembling a strongly elongated cactus - this is a copy of the sculpture by Alberto Sanchez called "the Path of the Spanish people leading to the star" (El pueblo español tiene un camino que conduit a una estrella). The original was made in 1937 for the pavilion of the Spanish Republic at the International exhibition in Paris. At this time, the Spanish Civil war was underway, so the sculptor depicted bullet marks on the monument. 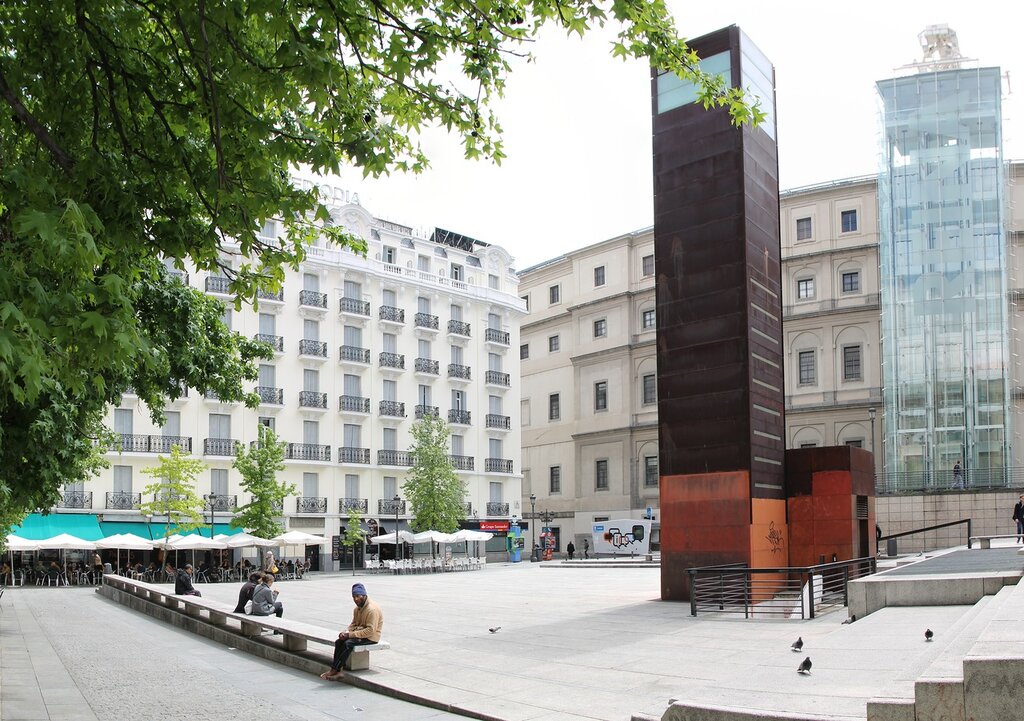