After returning from Toledo, I took my first evening walk in Madrid, starting at the very center of the city - the Puerta del Sol square.

Many people think of this building as the town Hall, but in fact it is the first purpose-built office of the Royal postal service. 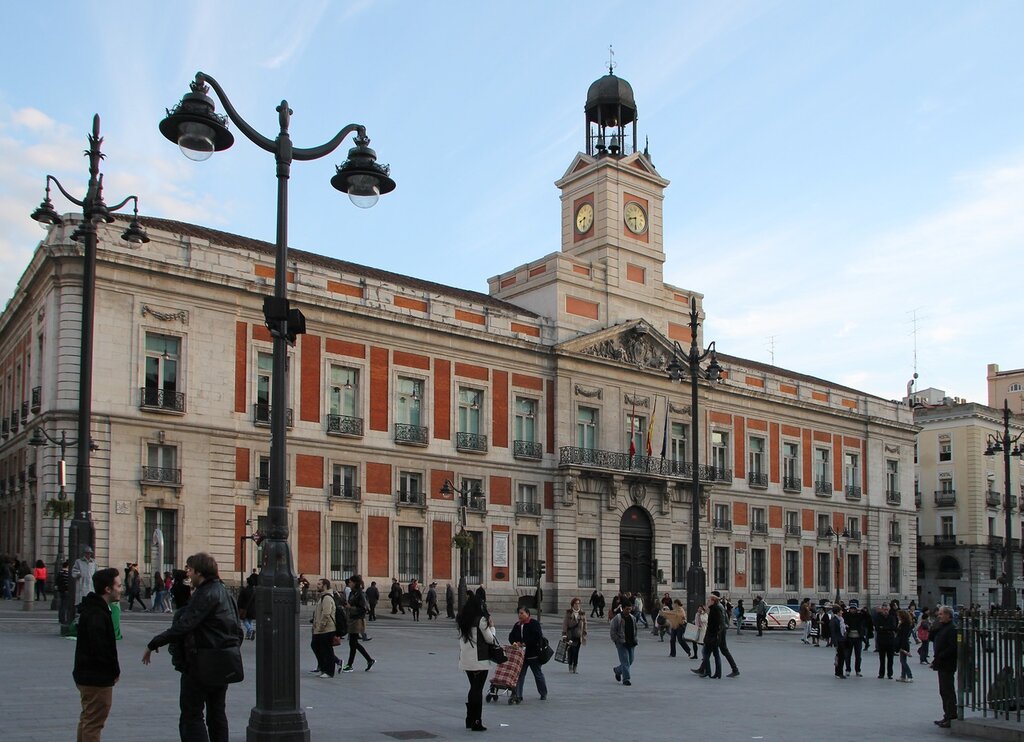 Carmen street, one of the main shopping lines in the center of Madrid. 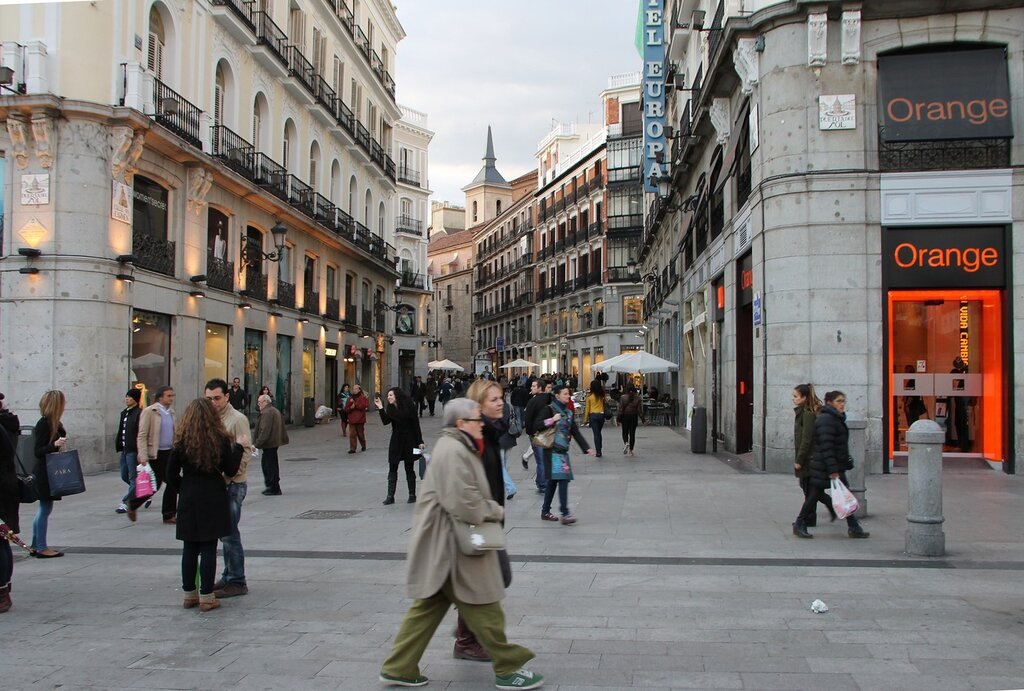 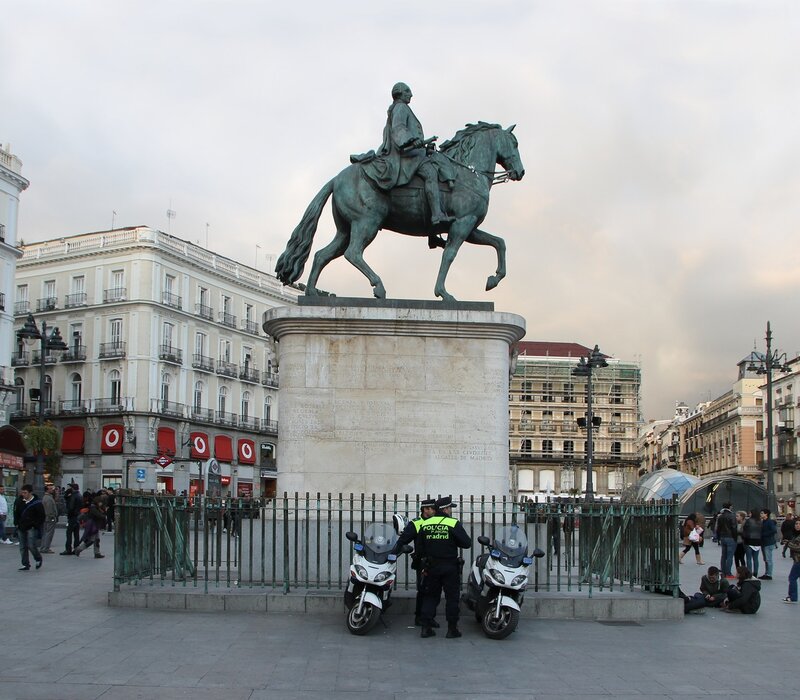 A fountain that impresses with mirrored "glasses" of falling water. 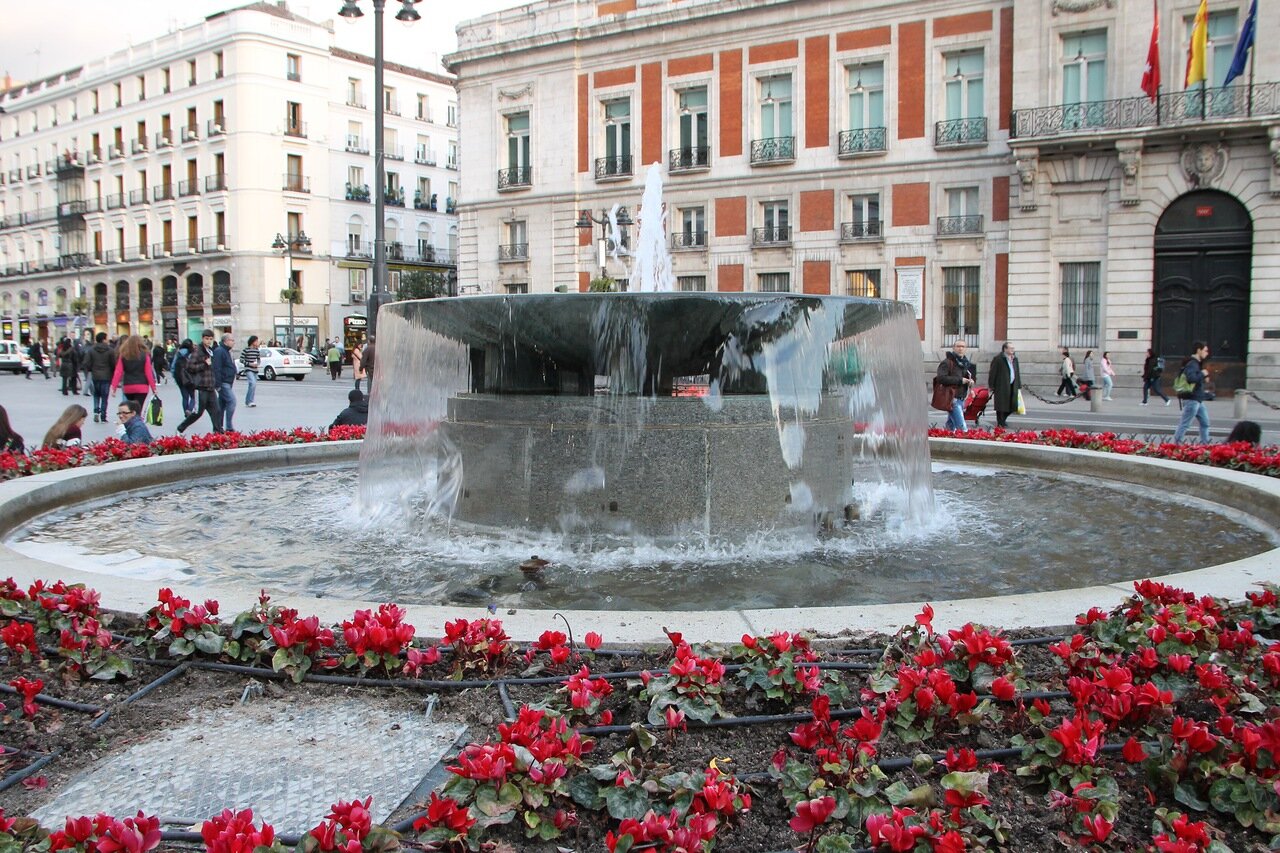 In the Western corner of the square, we will admire an antique statue brought from Italy in 1625. White marble sculpture decorated the monumental source of Faith (Fuente de la Fe), which was part of the city's water supply system. Experts of ancient art could not come to a consensus on which of the pagan goddesses this statue depicts Venus or Diana, but the fountain immediately received the name "Mariblanka" - from (virgin) Maria and Blanca (white) are believed to give faith and success. The spring was closed in 1727 due to poor water quality, and in 1838 it was connected to a new water supply system and lasted until 1892. The monumental structure was dismantled, and the sculptures went to various places in Madrid. Since 1912, mariblanca has been located in Buen Retiro Park, and in 1969 it moved to Recoletos Boulevard. In 1984, the statue was attacked by vandals and was broken into several parts. After the restoration, the statue was placed in the main hall of the Casa de La Villa Palace, and a copy of it appeared on March 26, 1985 on the Puerta del Sol, at the corner of Alcala and San Geronimo streets, where the Source of Faith was located. However, the wanderings of the ancient goddess did not end there, on September 25, 2009, in connection with the reconstruction of the metro station "Square Sol", the statue was moved to the beginning of Arenal street. 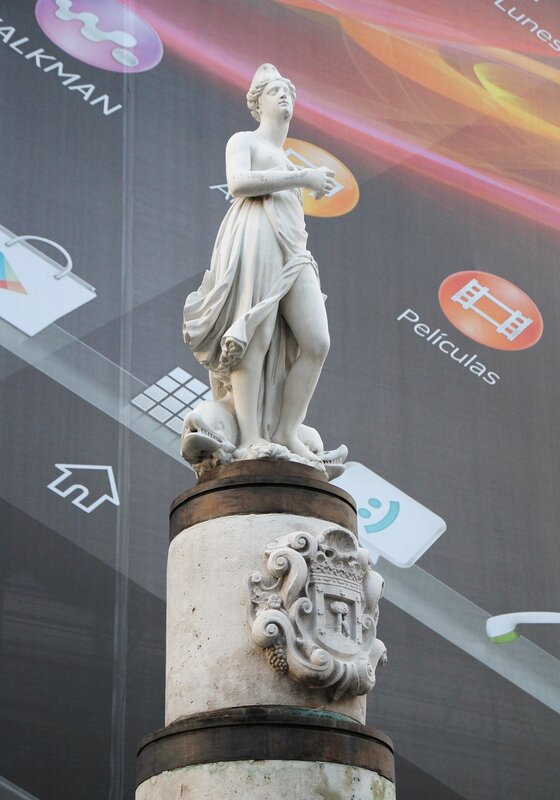 View of the square from Arenal street.