Plaza de la Independencia, located on Alcala Street and adjacent to Retiro Park, is decorated with a granite gate, built in the Baroque-classical style by Francesco Sabatini, opened in 1778. 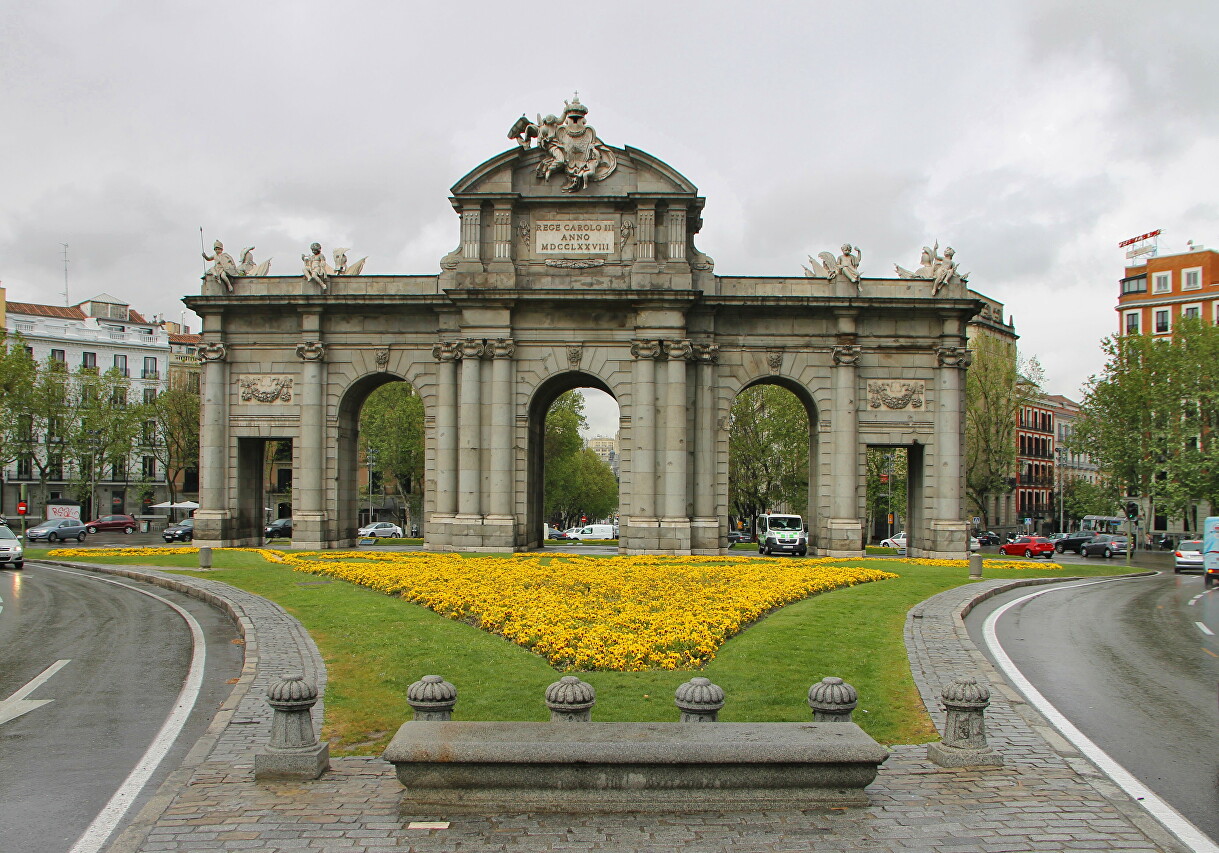 The first gate in the city wall, which became the entrance to the city from Aragon and Catalonia, was built in 1598 on the occasion of the arrival of Marguerite of Austria, Queen of Spain, wife of Felippe III, from Valencia to Madrid. In 1770, Alcala Street began to be built up and the old narrow gate was demolished. In their place, on the instructions of Charles III, a large five-span gate was built, decorated with sculptures and bas-reliefs. 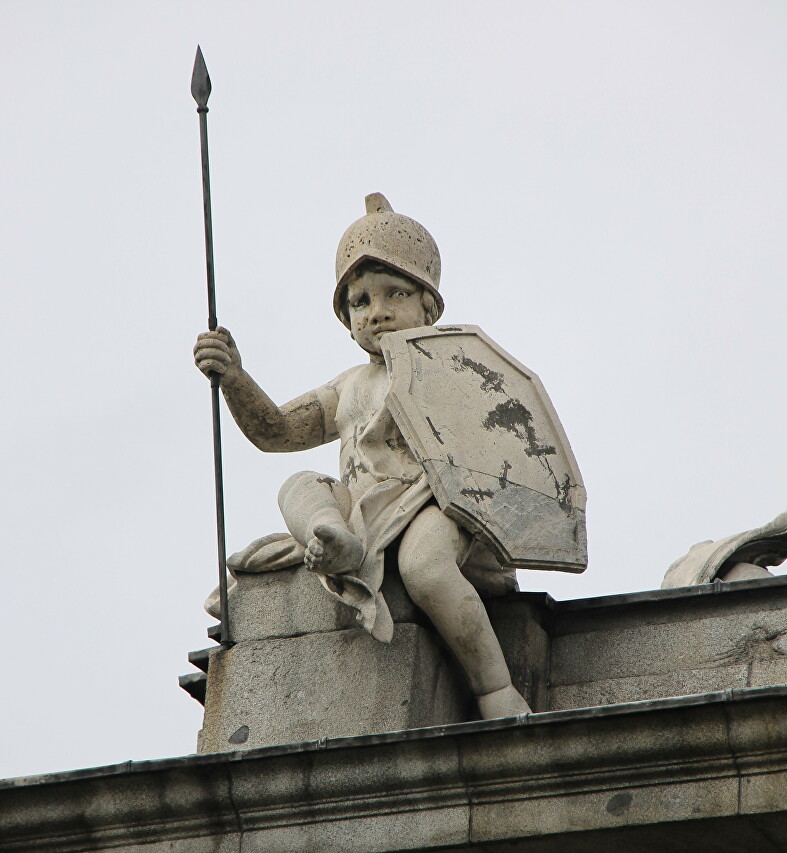 The building became a symbol of the era of Charles III, the reformer and educator, during his reign, Spain rose from the material and moral decline in which it had been since the 17th century. Above the central arch, on both sides is carved the Latin inscription " Rege Carolo III. Anno MDCCLXXVIII", which can be translated as "In the name of Charles III, 1778". 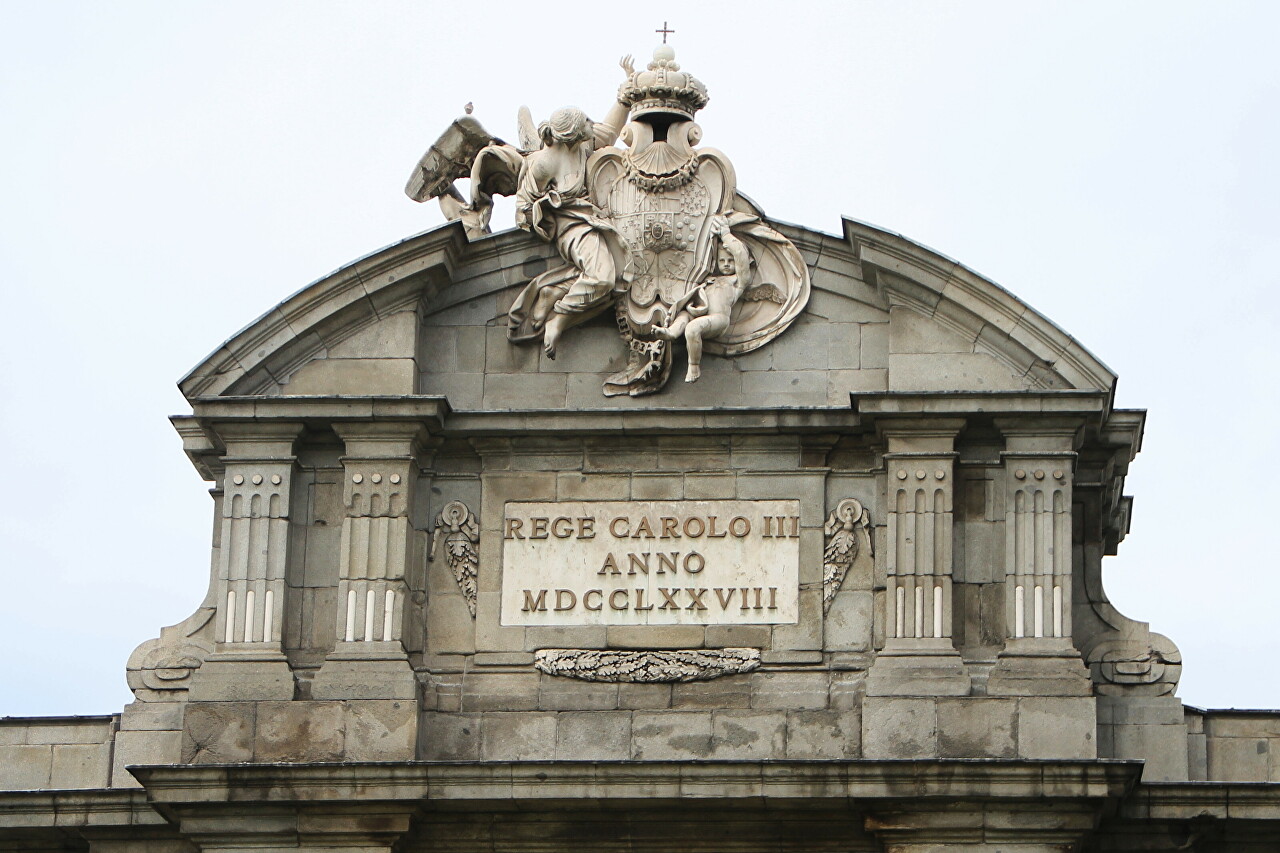 Along with the portals of Toledo, Segovia, Bilbao and Atocha, the Alcala Gate served as the main entrances to the city. Until 1869, they were adjacent to the fortress walls, and at night the spans were closed with iron bars. 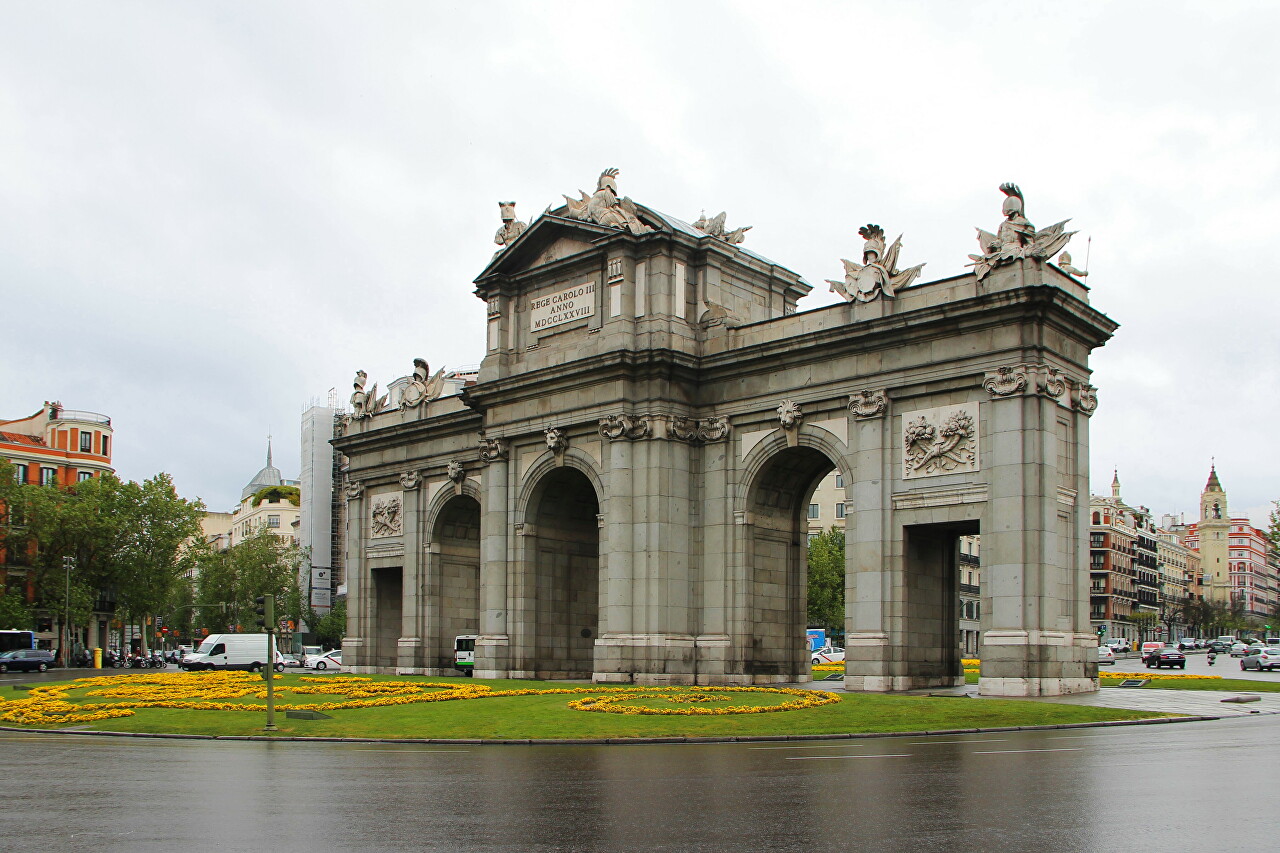