From the Plaza de San Domingo, I walked along the street Preciados towards the Plaza de Callao. This is the most "shopping" part of Madrid. Due to the early time and the holiday-may 1 is also a holiday in Spain - Labor Day (Día del Trabajador), you could only meet street sweepers on the streets and once again marvel at the perfect cleanliness of the streets of Spanish cities. 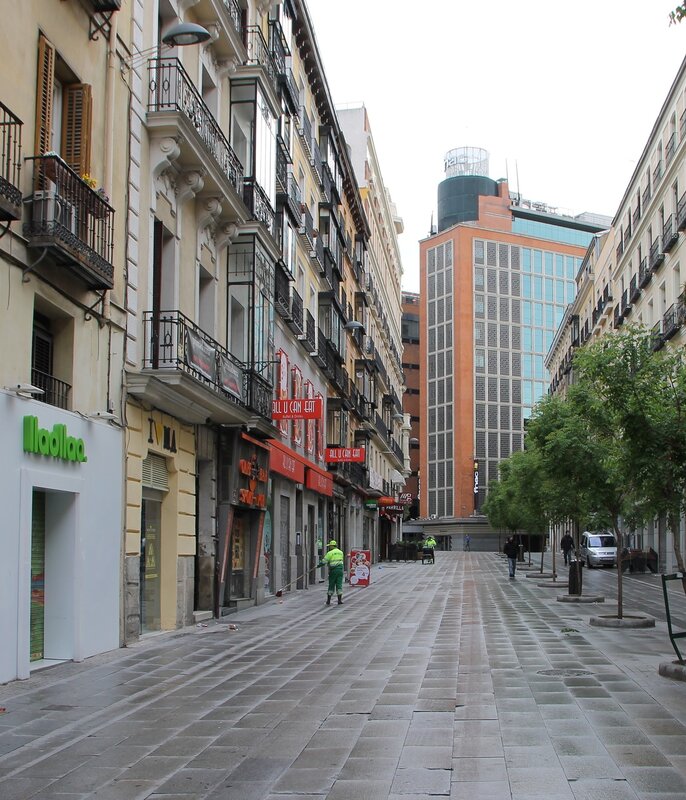 . On the left is the Edificio La Adriatica building, in the center is the main building of the El Corte Ingles Department store. 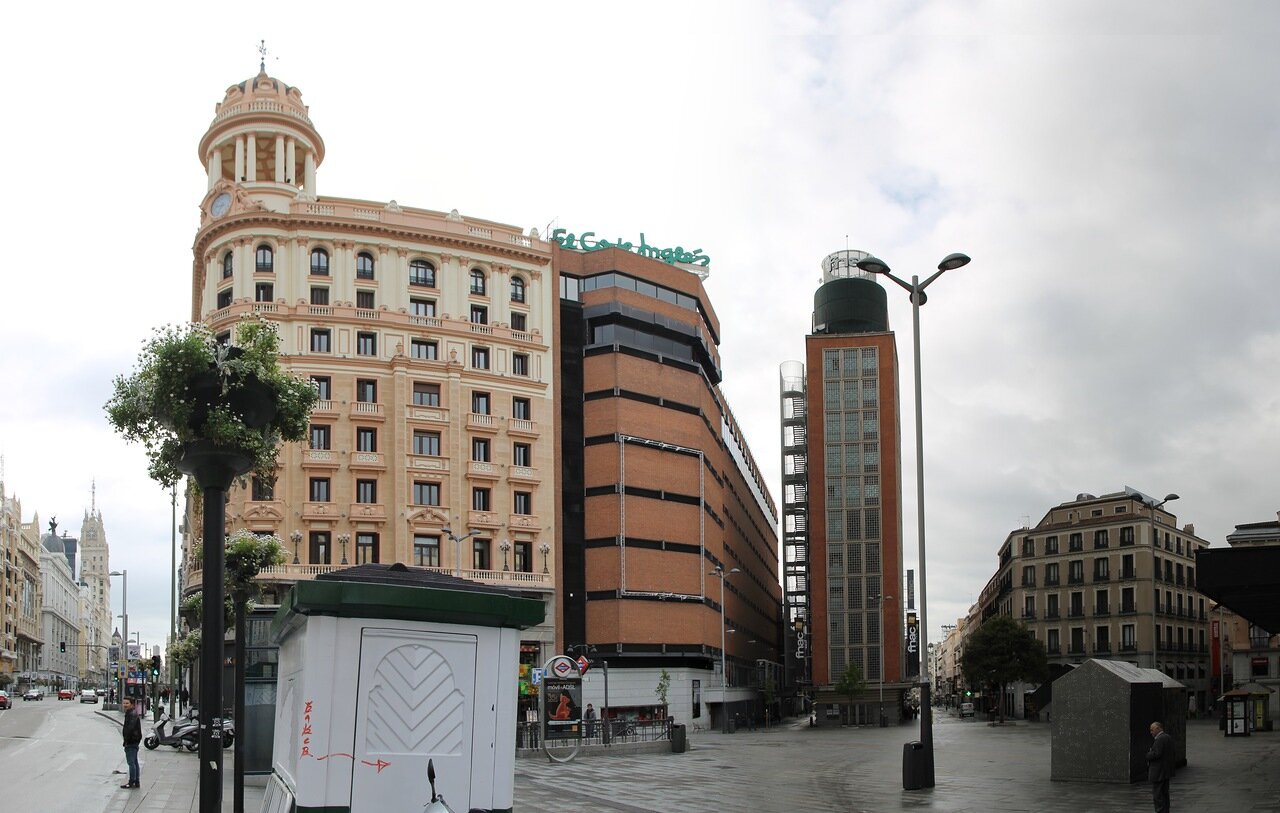 A narrow and long building of the FNAC electronics and media products hypermarket. 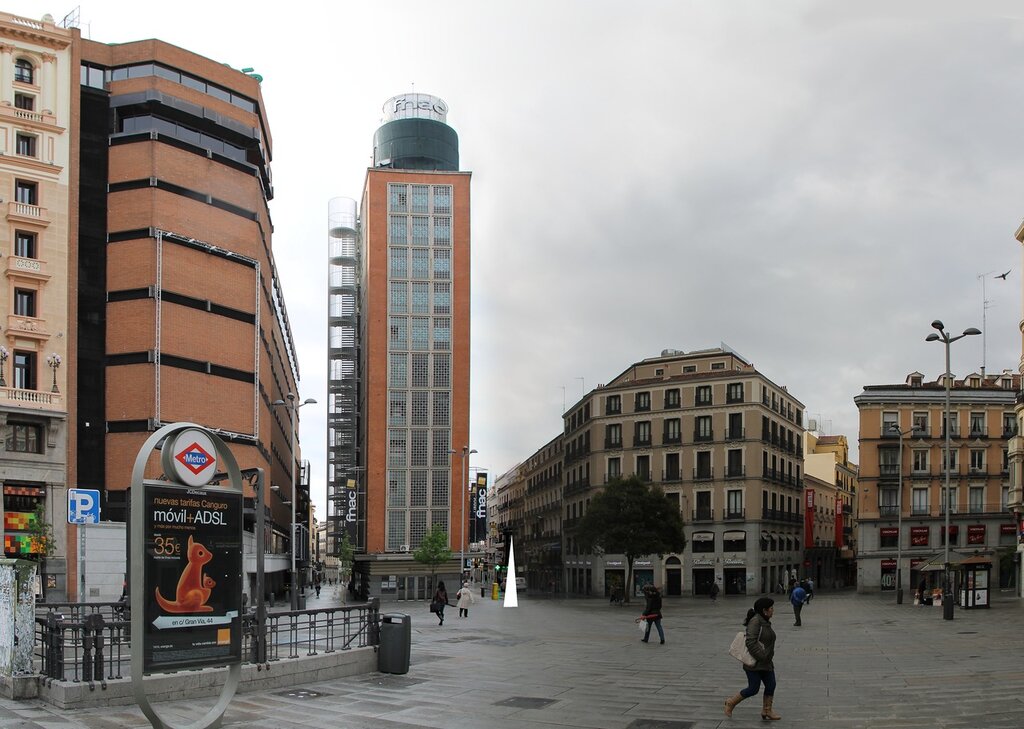 Panorama of the square. In the center - the cinema "Callao".

The Edificio Carrión building, with the eternal advertisement "Schweppes". Exactly the same view was depicted by one of the first photographs I saw of Madrid in the Great Soviet encyclopedia in the mid-seventies. Ads for the immortal drink were also present in that photo. 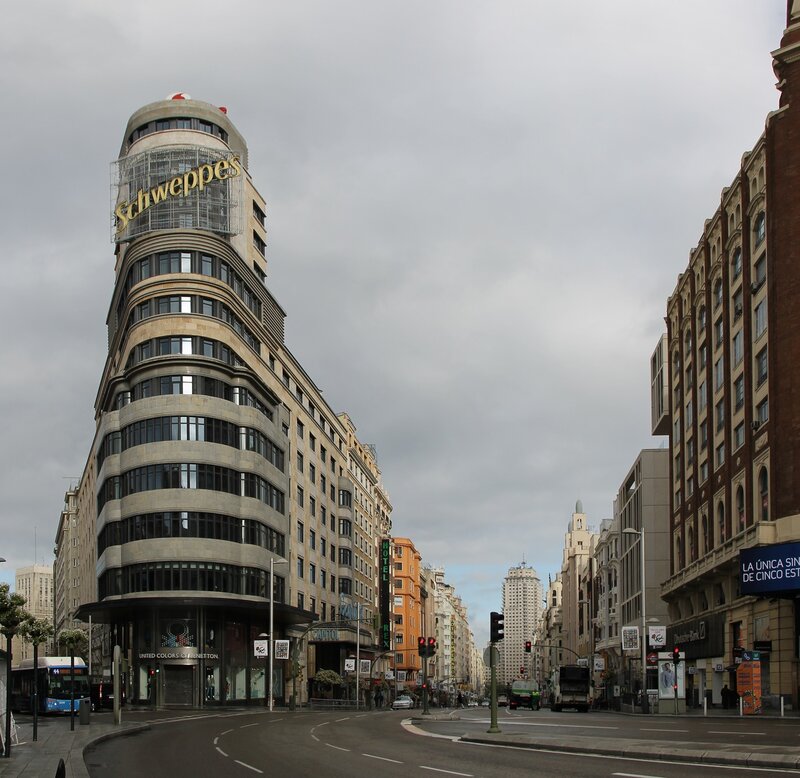 On the other side of the Gran via, the architectural ensemble of Callao square completes the Palace of the Press (Palacio de La Prenca ). 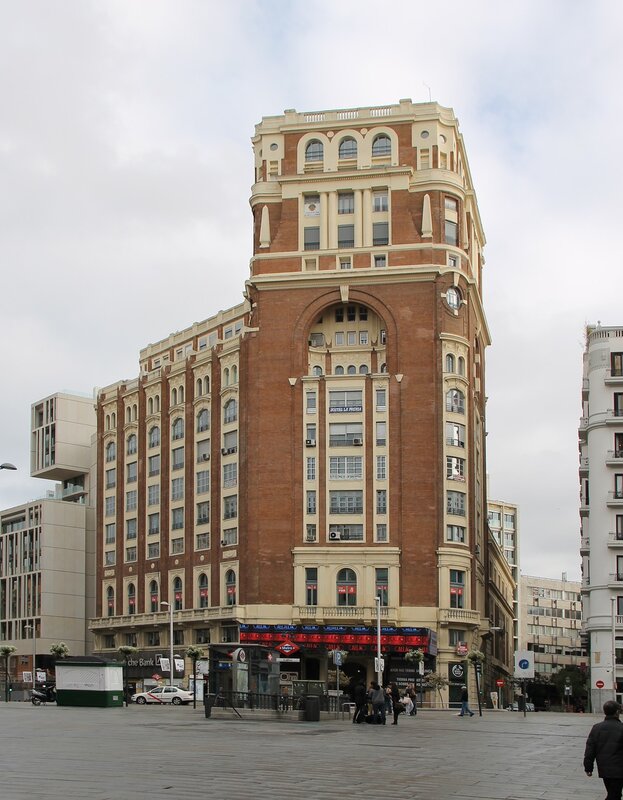