The square in the center of Moncloa district became officially known as Plaza de Moncloa in 1880. In 1930, the square was renamed to Plaza de los Mártires, in memory of the victims of the defense of Madrid during the war with Napoleon. The historical name of the square was returned in 1980. Now it is one of the most important transport hubs in the Spanish capital - there is a metro station with the same name and a bus terminal from which buses leave for San Lorenzo El Escorial, where I will go today. 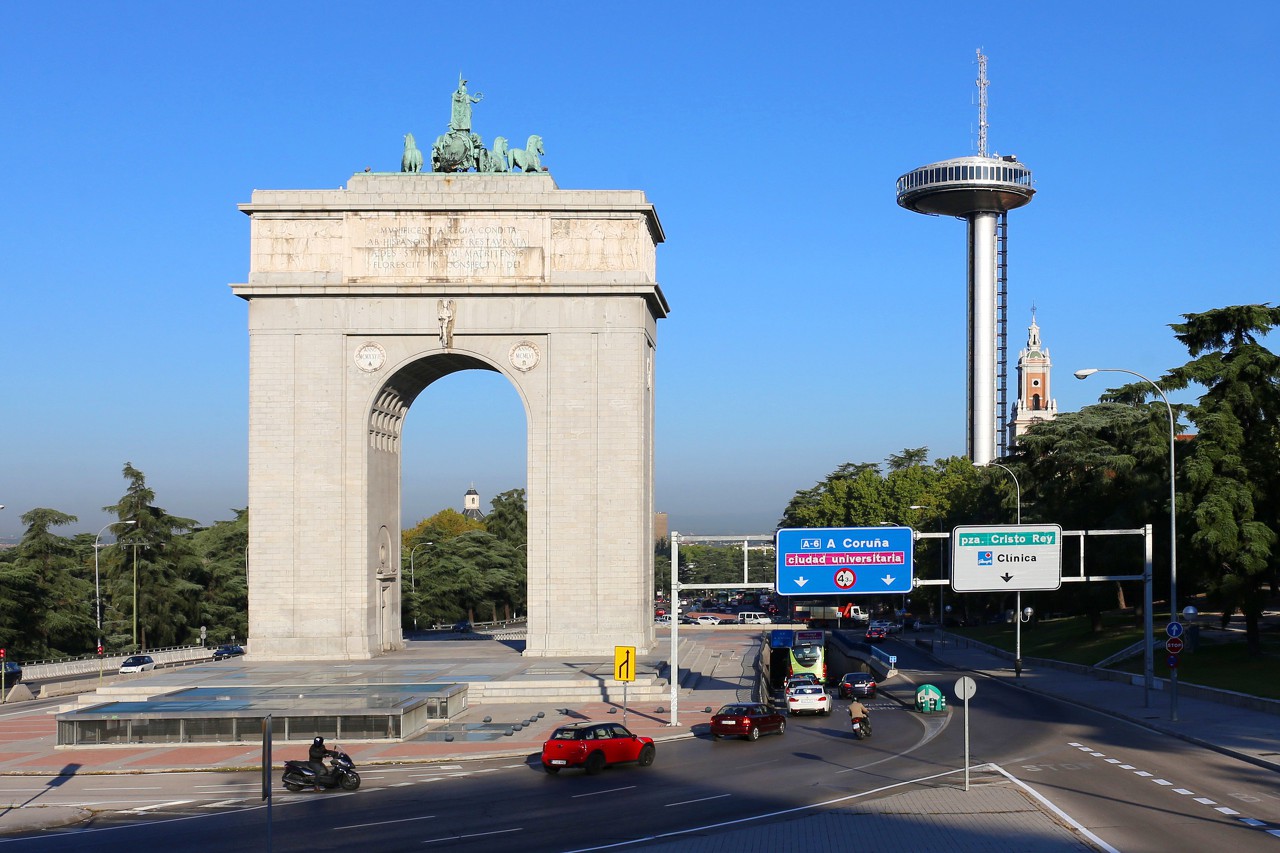 The arch of Victory (Arco de la Victoria), popularly known as the Gate of Moncloa (Puerta de Moncloa), behind which the Avenue of the same name opens, was built in 1956. The monument is dedicated to the victory of the francoists, this is the place where the troops of General Espinosa Los Montero entered Madrid on March 28, 1929. The proposal for the construction of the arc de Triomphe was made on February 26, 1942 at a meeting of the Board of the University, which is located in this area. The design was created by Modesto lópez Otero in 1943, and the arch was to be crowned with an equestrian statue of Francisco Franco, but this was the point - first of all, it was necessary to restore the University buildings that had been severely damaged by the fighting. On may 16, 1946, this issue was returned to, and the project work was started, which was entrusted to Modesto Otero and Pascual Bravo. 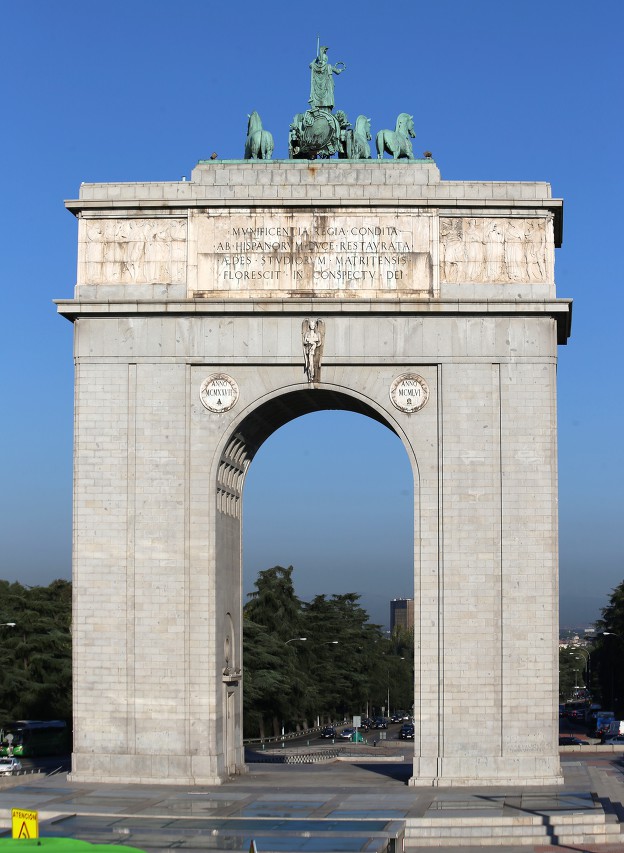 Construction began in 1950 and went slowly, the arch without registration was ready only by 1955. The decoration was commissioned by the Valladolid sculptor moisés de Huerta in 1951. in 1953, ramón Arregui and josé López López began work on the chariot of the war goddess Minerva (La Cuadriga de Minerva), which was completed in August 1955. Some of the elements of the chariot are made of concrete covered with copper plates, due to the shortage of this material in the country. All work was completed in June 1956. I must say that the official opening of the Arch never took place. Inside, the arch has rooms in eight tiers connected by elevators, which are occupied by the Museum of the history of the construction of the University campus, inaccessible to the General public. The main exhibit is a 25-square-meter mock-up of the campus. 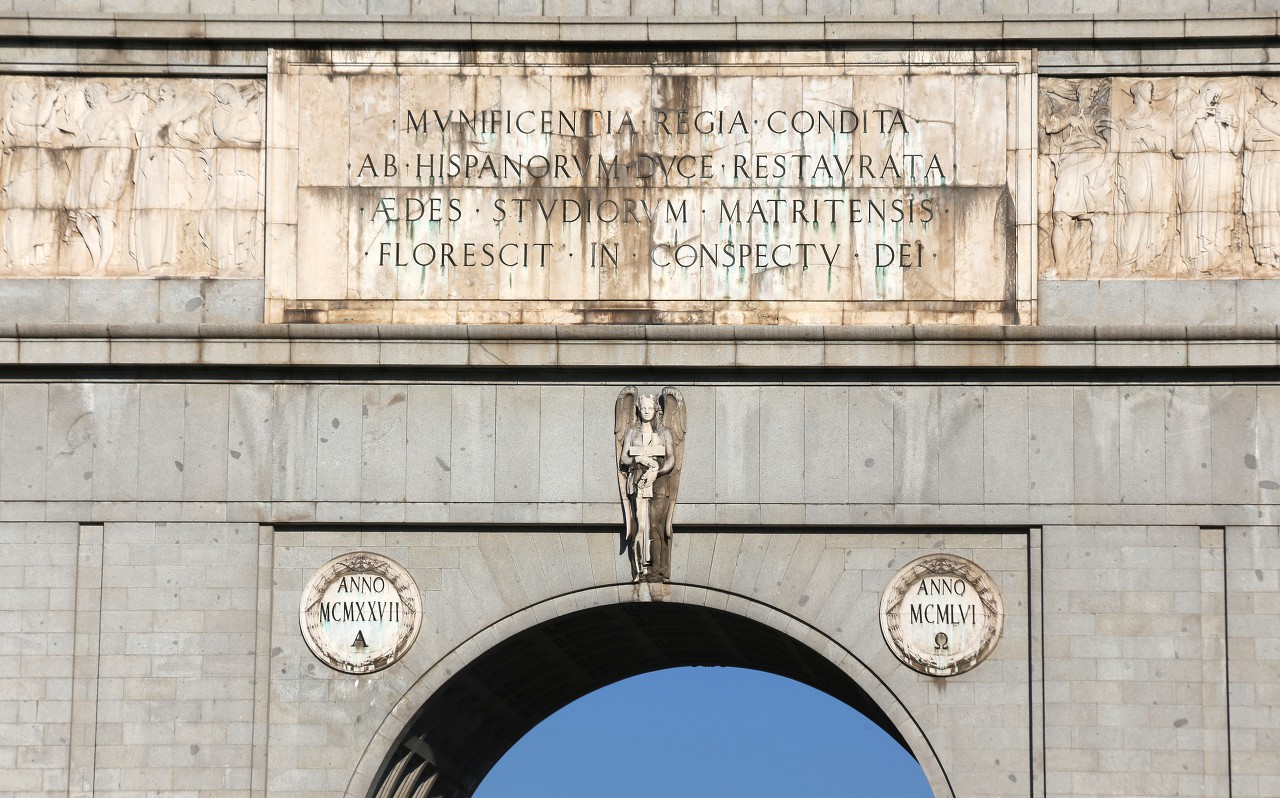 The Faro de Moncloa telecommunications tower was built in 1992 by architect Salvador Pérez Arroyo. It got its name ("Faro" - "lighthouse") due to the fact that it is also used for lighting the adjacent territory of the University Park. The height of the structure reaches 110 meters. 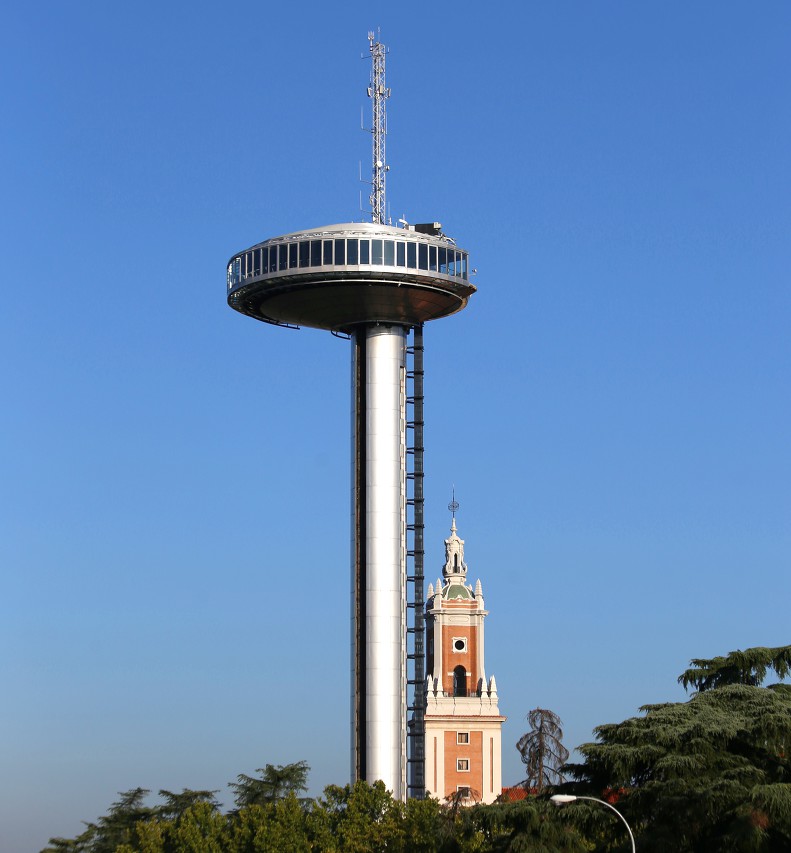 At the top of the tower, an observation deck with a restaurant was originally opened, but 13 years later, access to the tower was closed. After the fire of the Windsor skyscraper in the financial center of Madrid, the city hall adopted new safety rules, which the tower no longer met. The problem was a spiral staircase only 80 cm wide, limiting the possibility of evacuation. In addition, the stair railing has always been a source of static electricity. In January 2009, it was announced that work on bringing the tower into compliance with the standards, for which 4.5 million euros were allocated, but there is no information about the prospects for their completion. 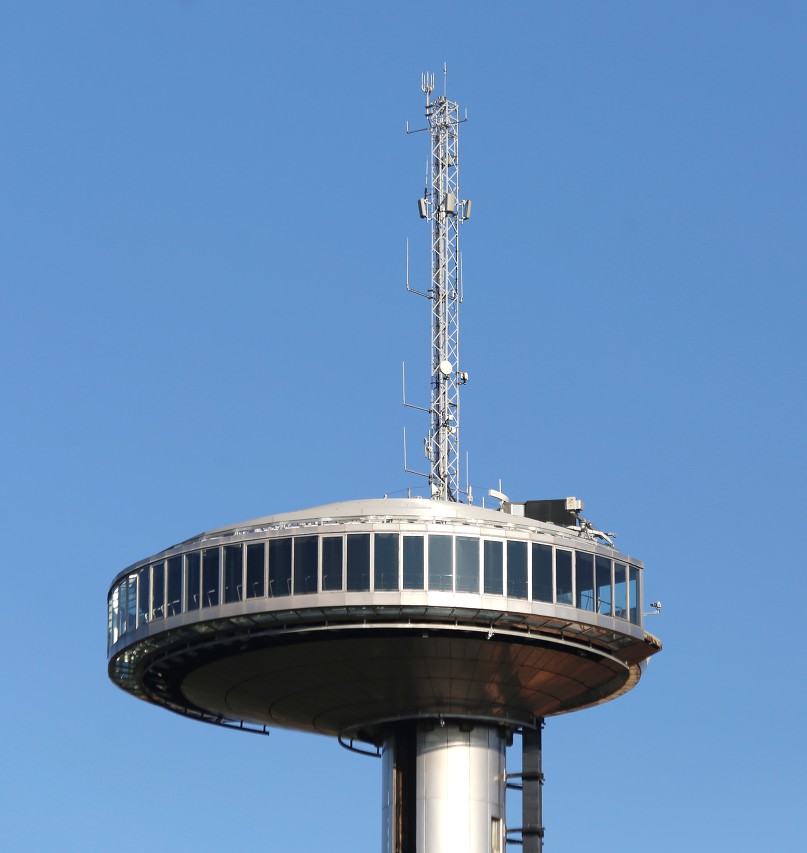 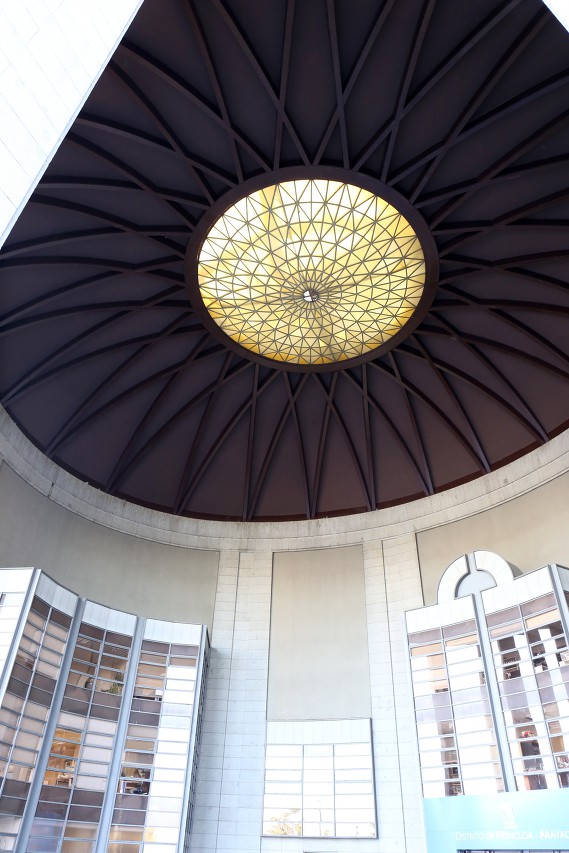 The building of the Spanish air force headquarters (Cuartel General del Ejército del Aire) was originally built for the Ministry of aviation (Ministerio del Aire), which was located here until its abolition in 1977. 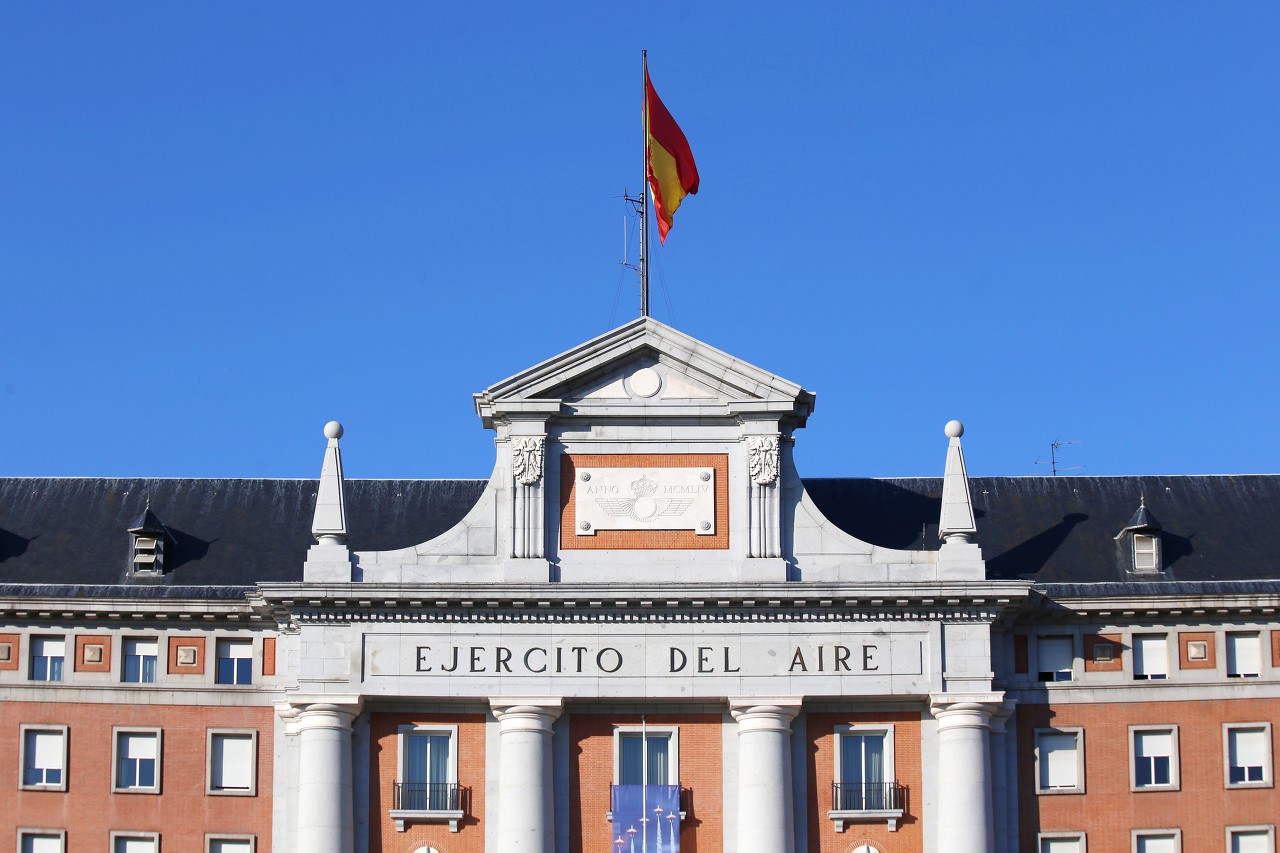 Construction began in December 1943. Architects Luis gutiérrez Soto and Ramon Bamonte developed a project in the style called "neoherrerano", in which you can see the features of the Escorial monastery. Due to this similarity, the Ministry was popularly nicknamed "air monastery". Another source of inspiration was the architectural principles of albert Speer, for whom Soto made several trips to Germany to study. 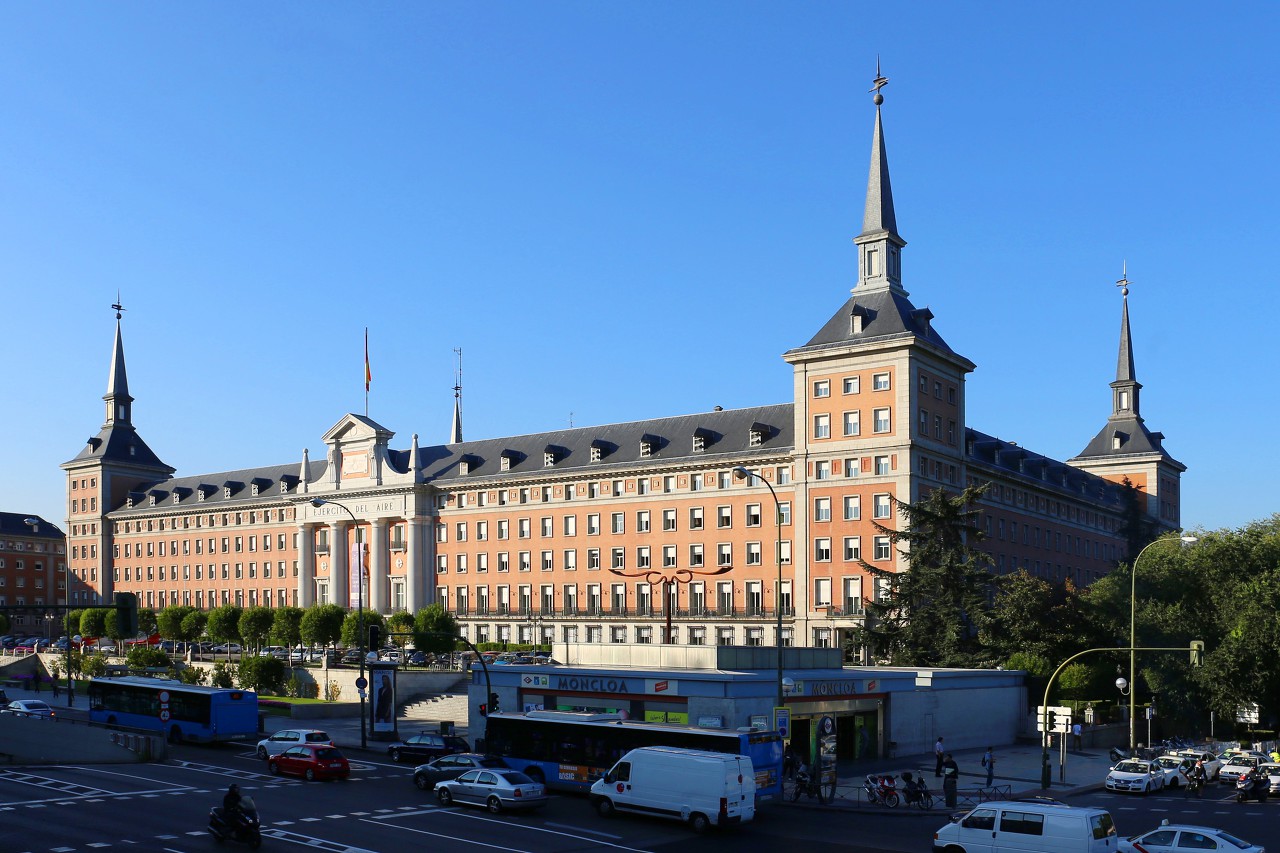 The Ministry of aviation began to occupy the premises of the unfinished complex in 1954, although work continued for another four years, so the Grand opening never took place. 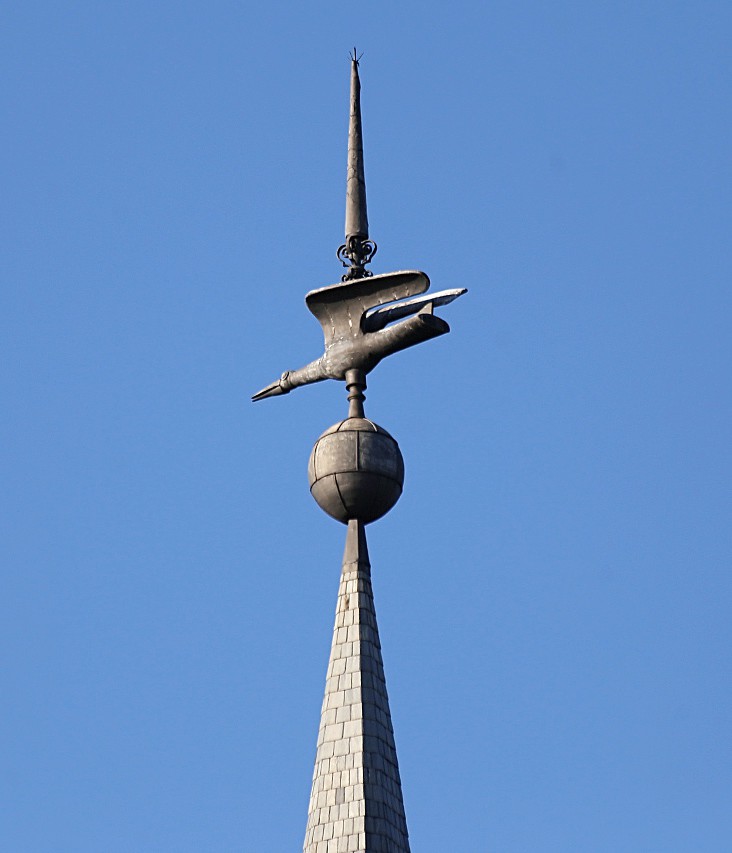