When I went to San Loreso de El Escorial, I completely forgot that today is the first of may, and absolutely everything is closed. Private and some municipal museums may be open on this day, but public institutions strictly comply with the labor law. A few hapless tourists, mostly Japanese, wandered around the huge building, which was usually crowded with people. But they are forgiven, they have hardly heard of such a holiday as "Labor Day".

It was a dark day, so I took only a few photos as a poet, so I decided to come back at a more appropriate time. 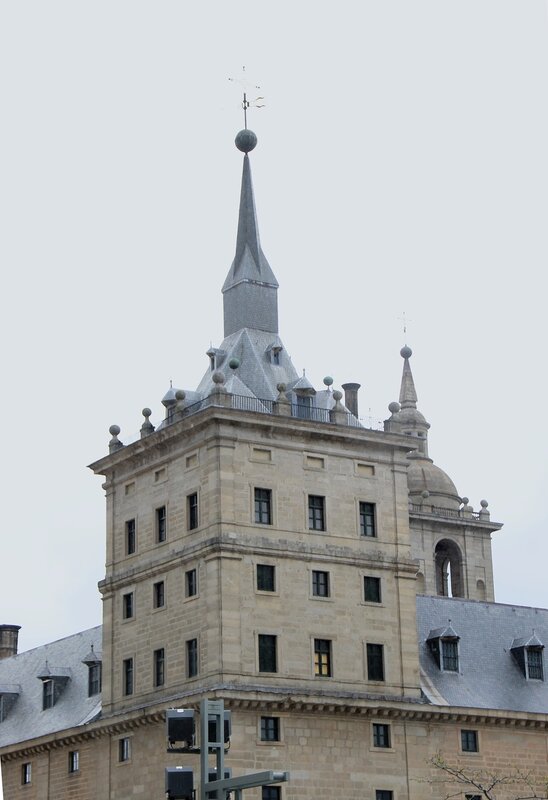 Compared to Madrid, it was bitterly cold here - after all, the mountains, San Lorenzo de El Escorial is located at an altitude of 1032 meters above sea level. 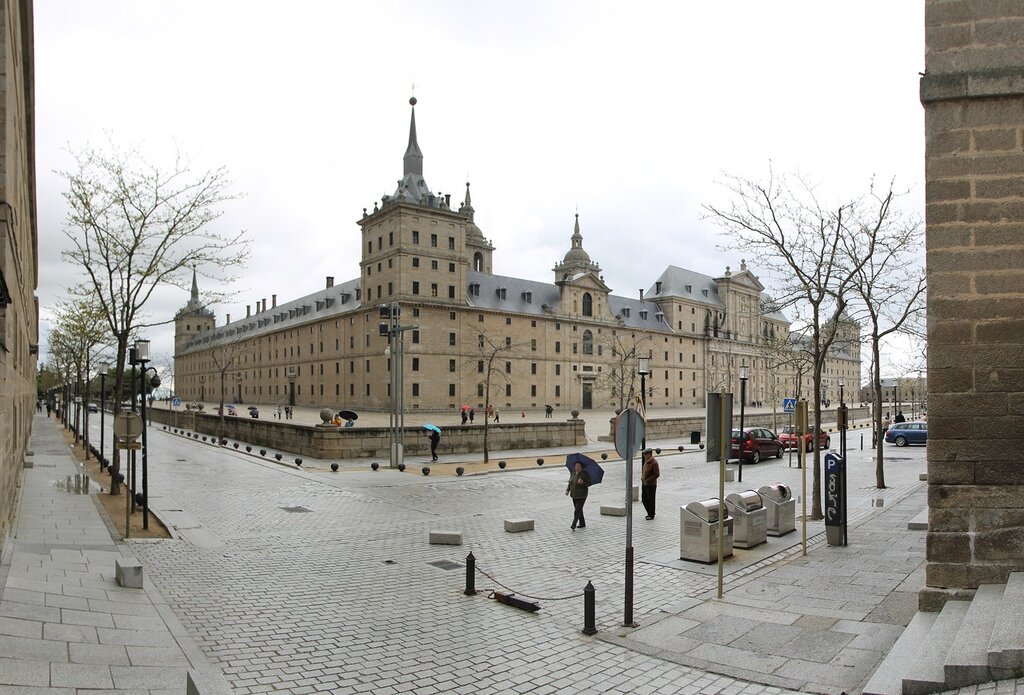 In addition, a light rain began to fall, and I hurried to the bus station, where I passed the time before the bus in a warm cafe, and at the same time ate some food (by the way, they speak Russian there). Well , at the same time, having clarified about the bus to the Valley of the Fallen, about which I read the most contradictory information - indeed, such a flight exists and I managed to visit it the next time. 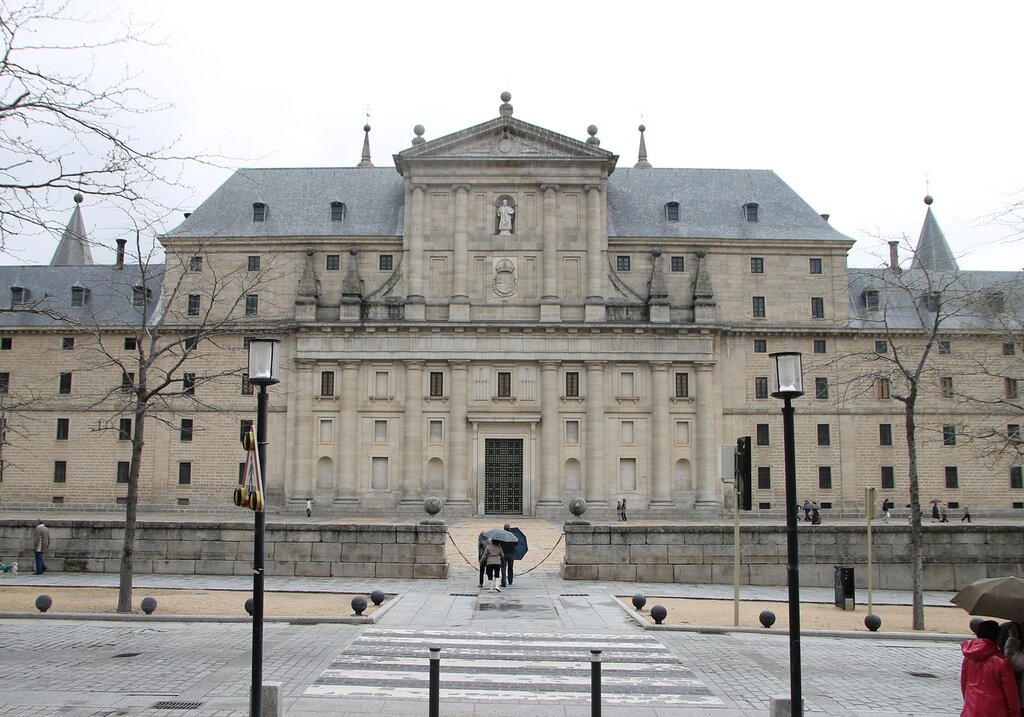