From the angel square, the pedestrian street of Huertas (Calle de las Huertas) leads towards the Prado Boulevard, cutting the quarter of Las Letras (the Literary quarter) in half. Here lived such celebrities as Lope de VEGA, Quevedo, Gongora, as well as there were many theaters where the works of these authors were staged. 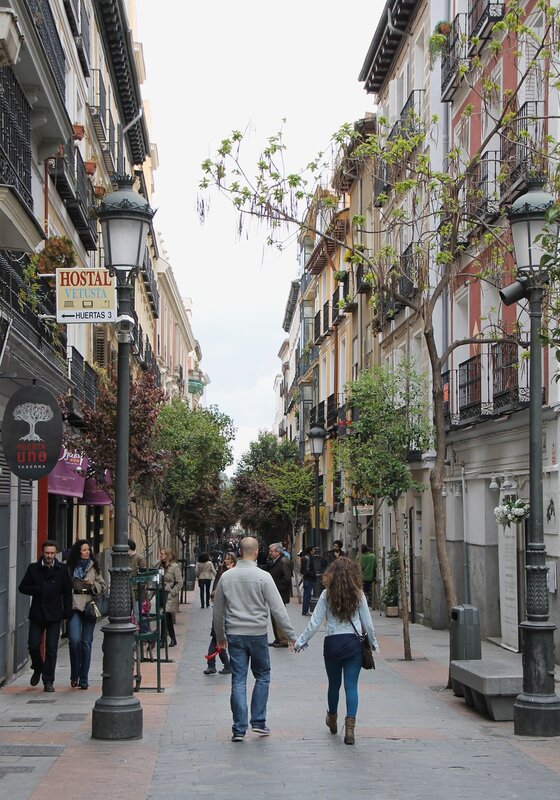 In our time the premises of former theaters have been taken over by shops, 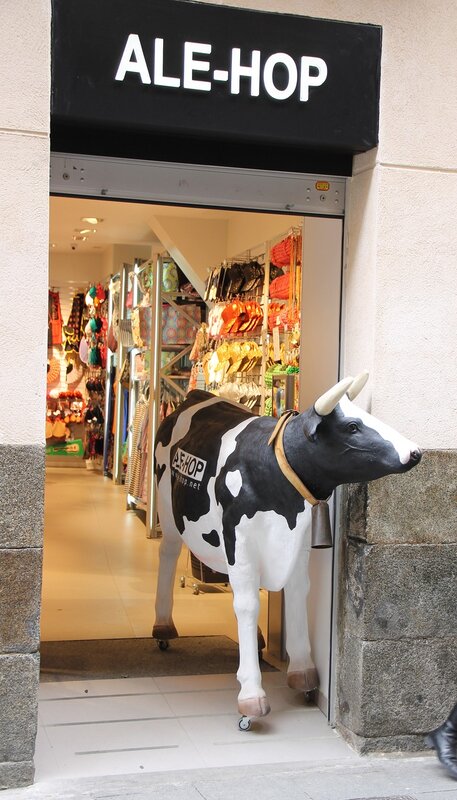 But the traditions of theater cafes continue small cozy restaurants. 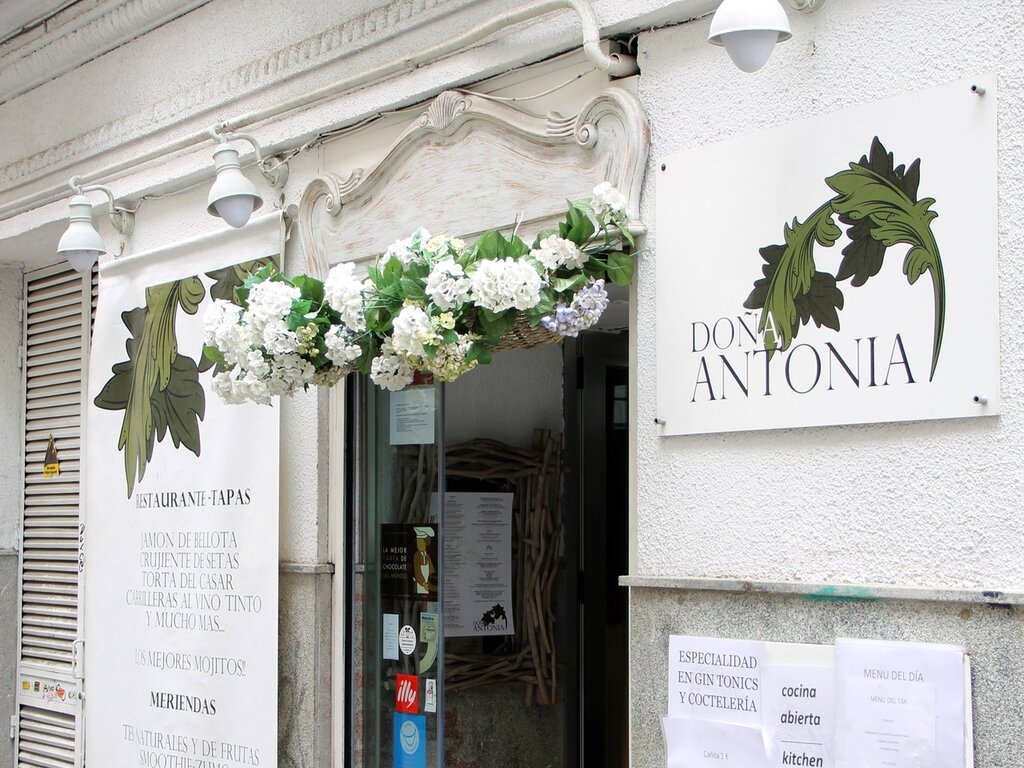 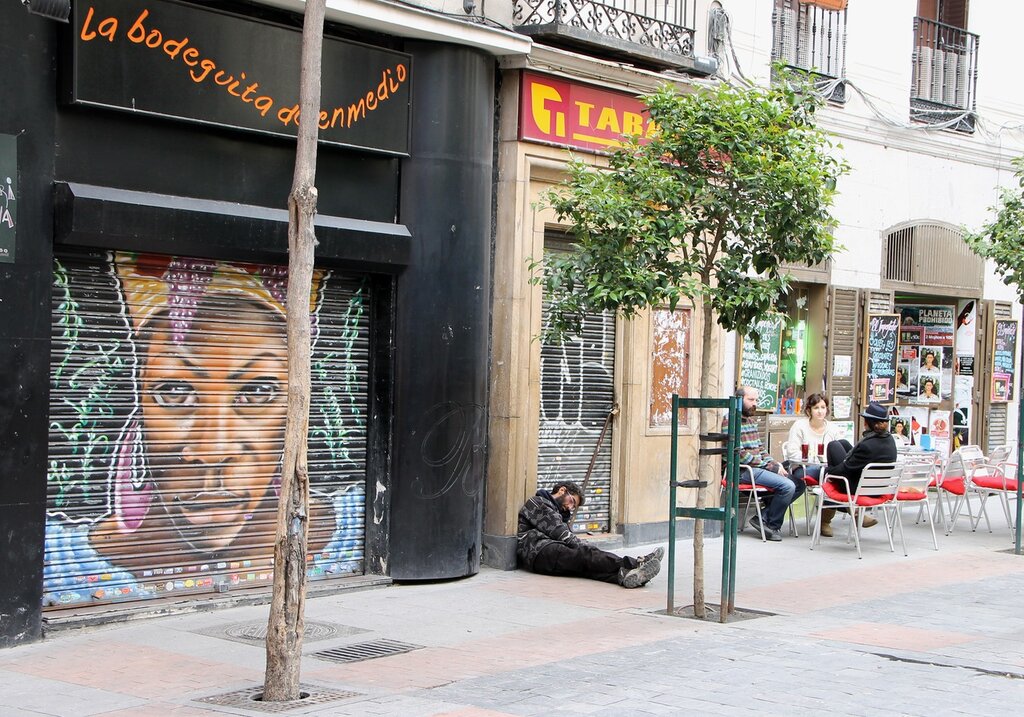 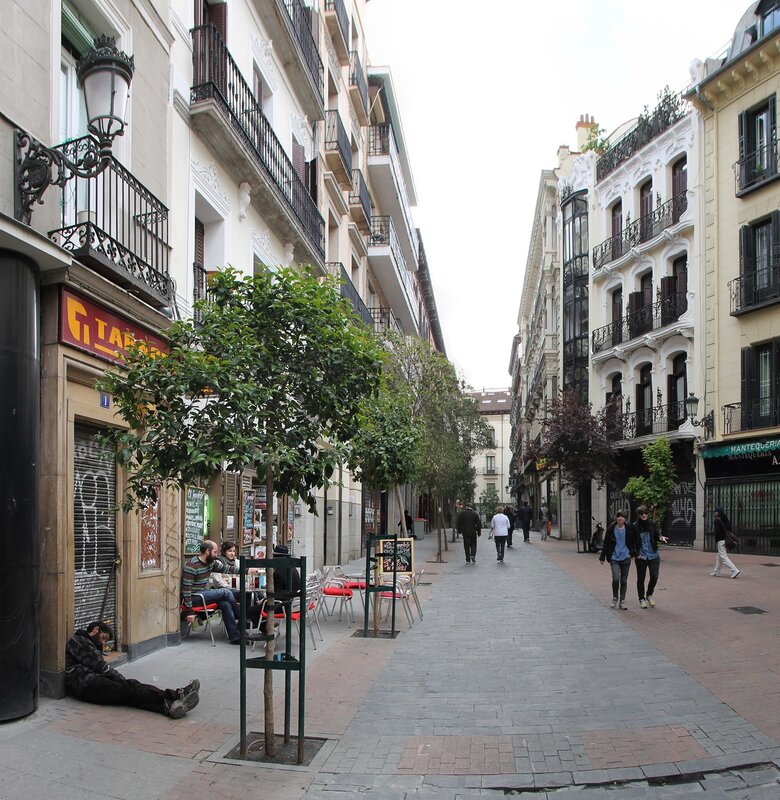 A block from Matute C, I turned left onto Calle del León. 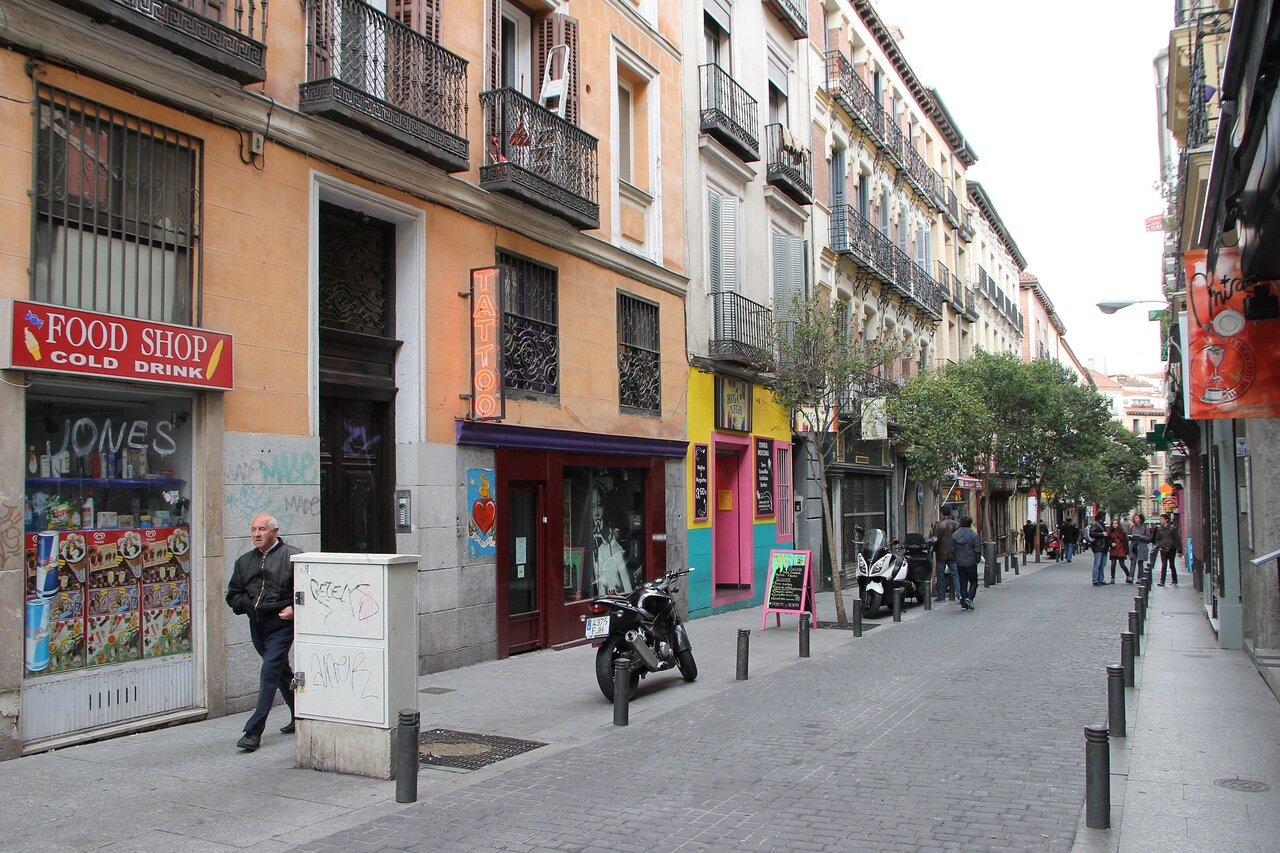 Here is the historic pharmacy-Farmacia León (on the map), 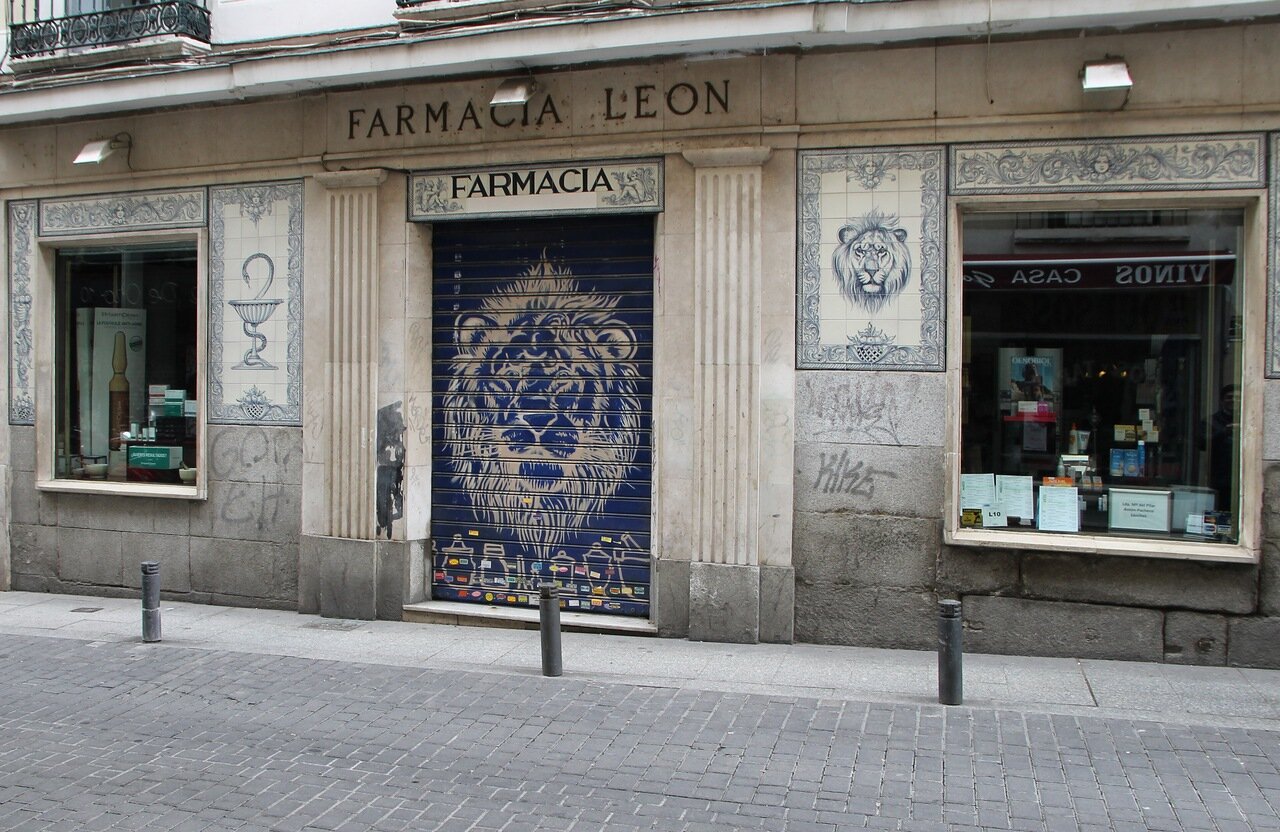 Decorated with ceramic panels on a profile theme. 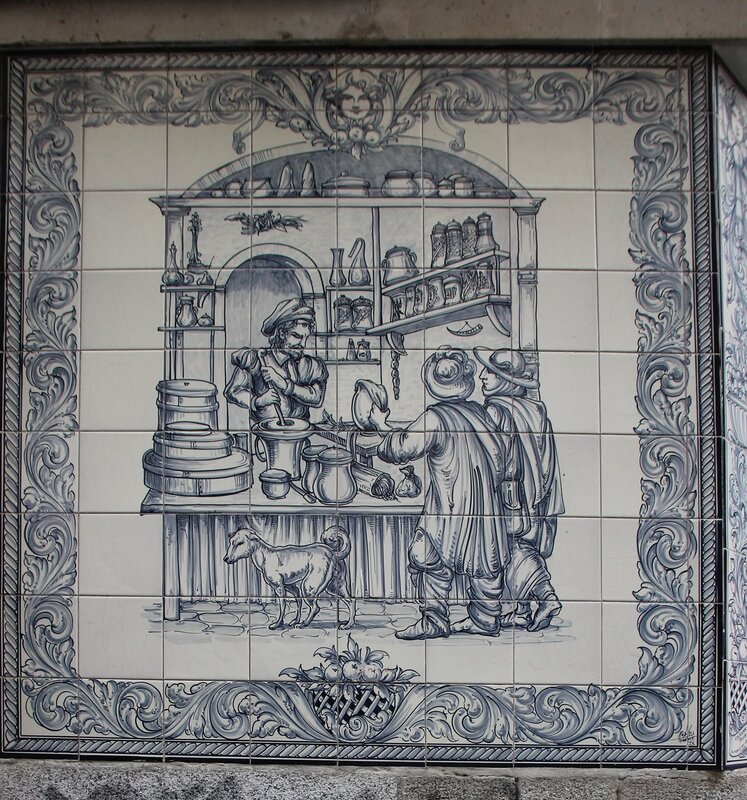 Opposite the pharmacy is the old tavern (Taberna del León de Oro, now called another name), known since 1866. Portraits on its walls depict writers and actors who visited this institution. 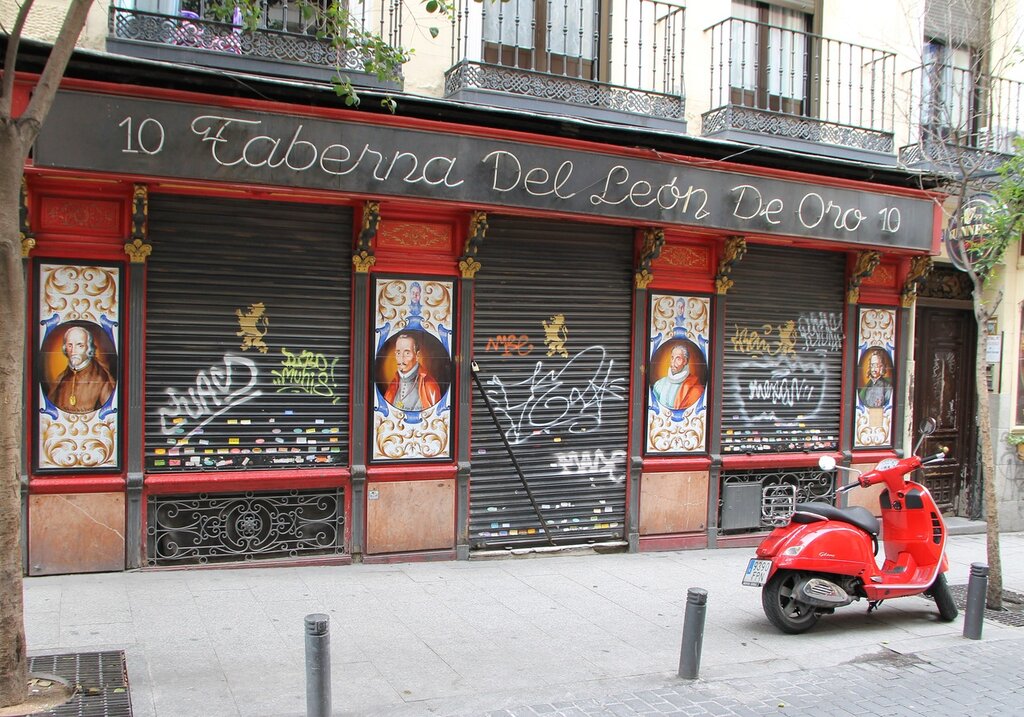 On one of the balconies, a stuffed straw Scarecrow from the land of Oz smiles. 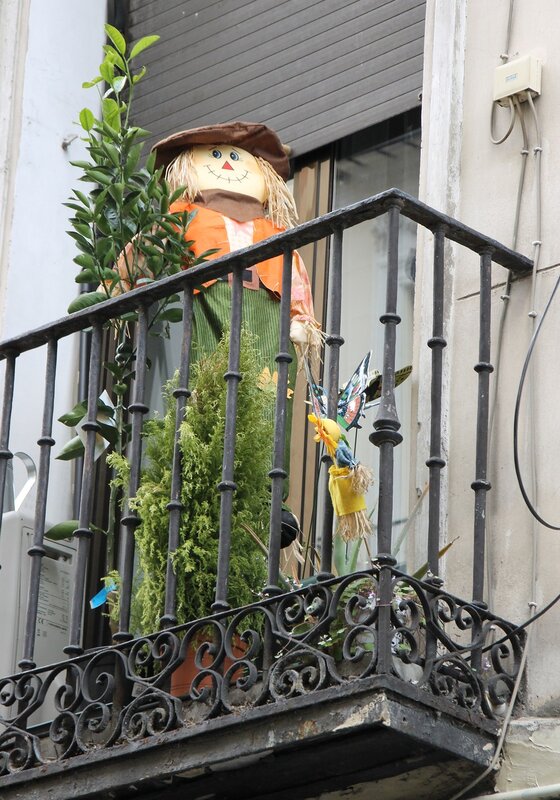 A couple of blocks later, I turned back toward the Prado, onto Cervantes street. Zdest is also a lot of original public catering establishments. Pizzería Cervantes Restaurant. 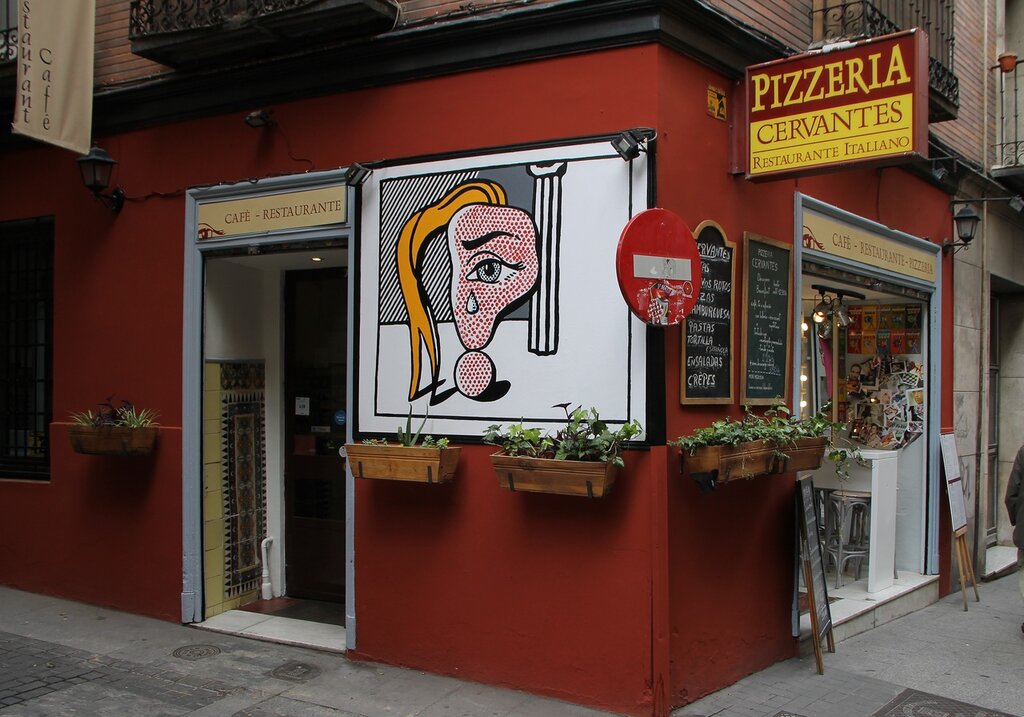 Some houses, such as this one at Cervantes 8, have retained the traditional design of the lower floors with paneled wood paneling and carved pilasters. There is also a plaque with the number of the house and the insurance office, Asegurada de Incendios (fire Insurance) and the date of its Foundation, 1883. 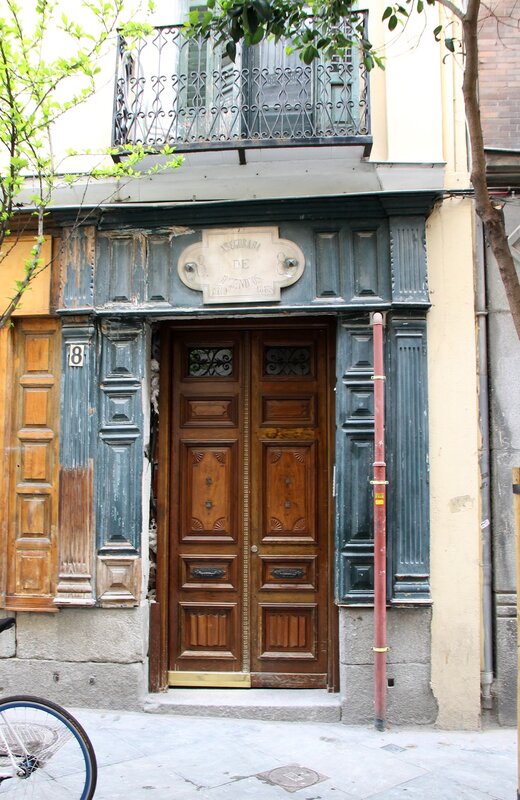 At the end of Cervantes street is the Church of Christ Medinaceli (Basilica of Jesus de Medinaceli on the map). 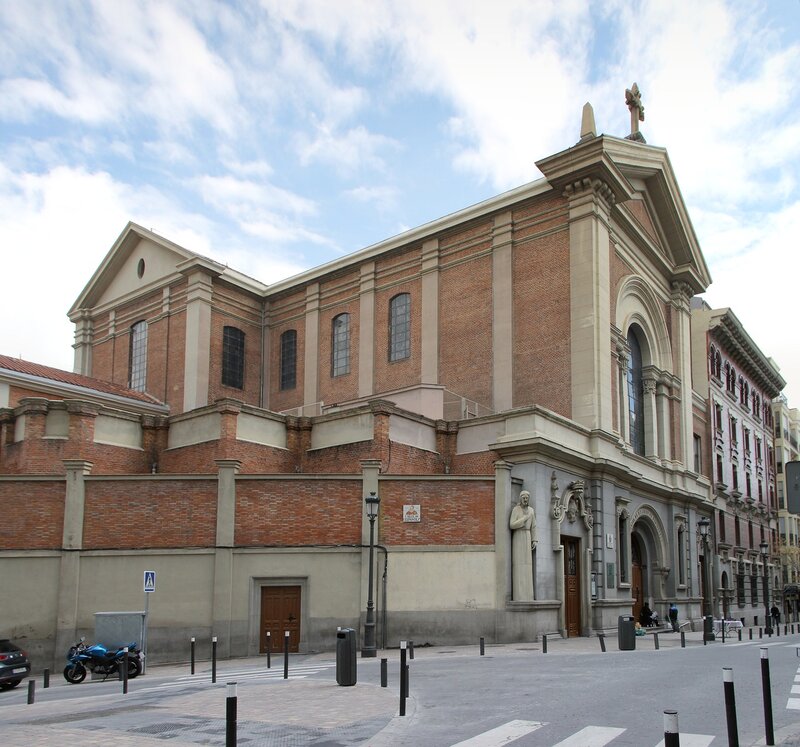 The Church was built in 1930 and was practically not damaged during the revolutionary pogroms of the Second Republic. 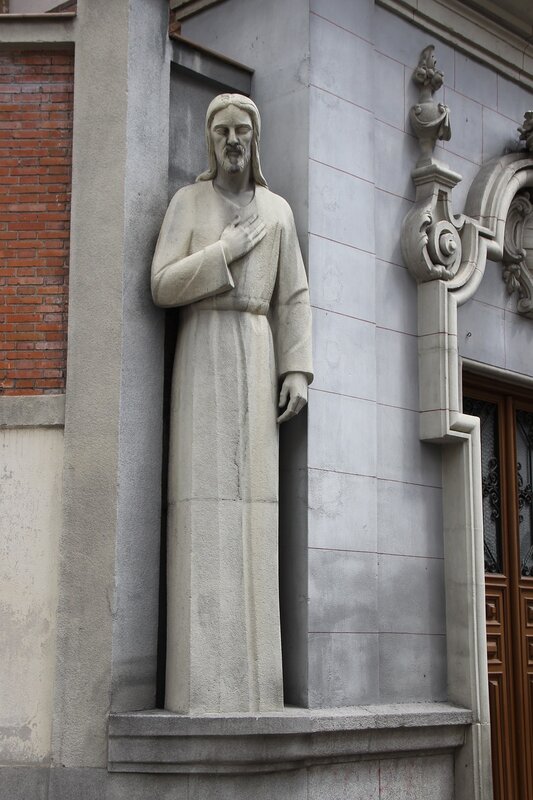