On Plaza de Cánovas del Castillo you can see another monument of the epoch of Carlos III - Neptune fountain (Fuente de Neptuno map). It appeared as a result of urban reforms, which enlightened king sought to put the capital of Spain on a par with such centers of European culture as Paris and St. Petersburg. In addition to urban development, which appeared in the streets pavements and gas lighting, and Carlos did not forget about the aesthetic side. As a result, in the 80s of the 18th century there were Gates of Alcalá and two fountains, which eventually became the tourist symbols of Madrid-the Fountain of Cibeles on the eponymous square, and the fountain of Neptune. 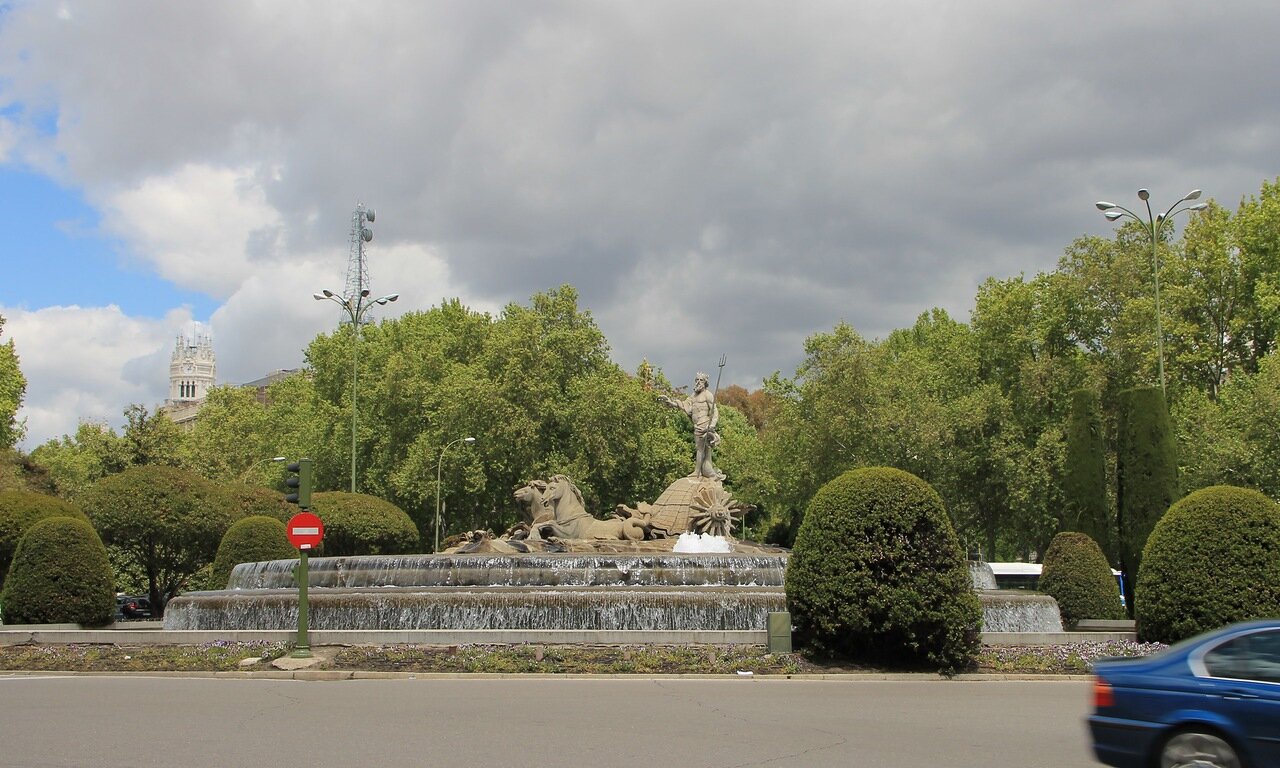 Author of fountains - city architect Ventura Rodríguez. The project was started in 1777, at the same time was made a wooden model of sketches Miguel Ximénez. In 1782, the sculptor Juan Pascual de Mena began work on the statue of Neptune from white Toledo marble. Two years later, the master died, and the work on the sculpture continued his students: José Rodriguez, Pablo de La Cerda and josé Guerra, they were made all the other sculptures of the fountain. 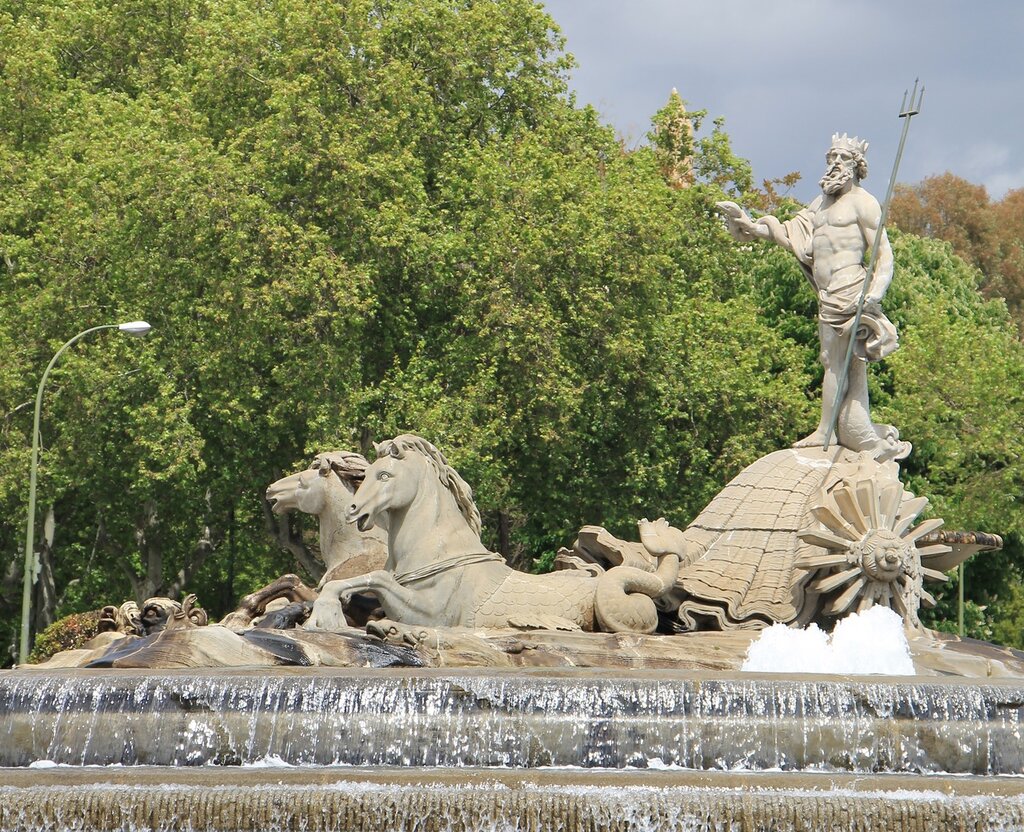 The fountain was ready by 1886 and installed Paseo de Recoletos, near the Buenavista Palace. The sculpture of the Lord of the seas became a monument to the progressive transformations of the Navy, carried out by order of Carlos III. 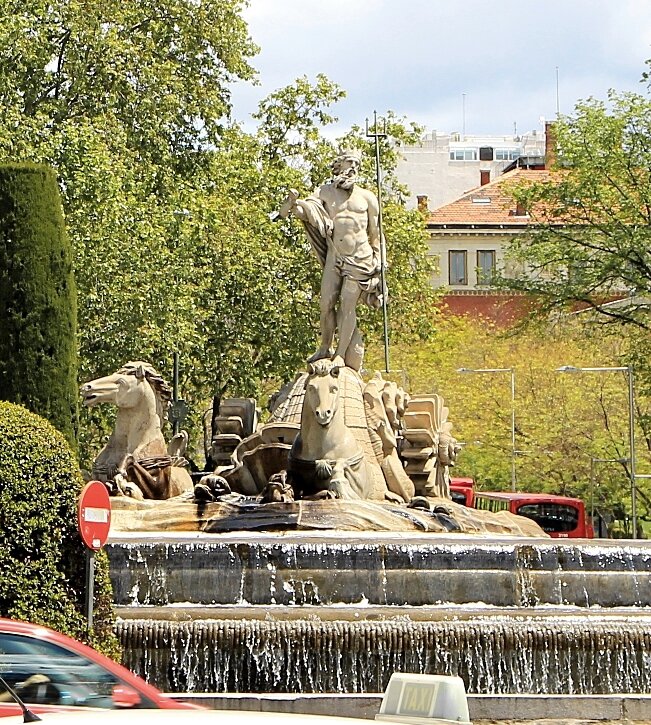 Due to the expansion of city highways in 1898 the fountain was moved to the present place. 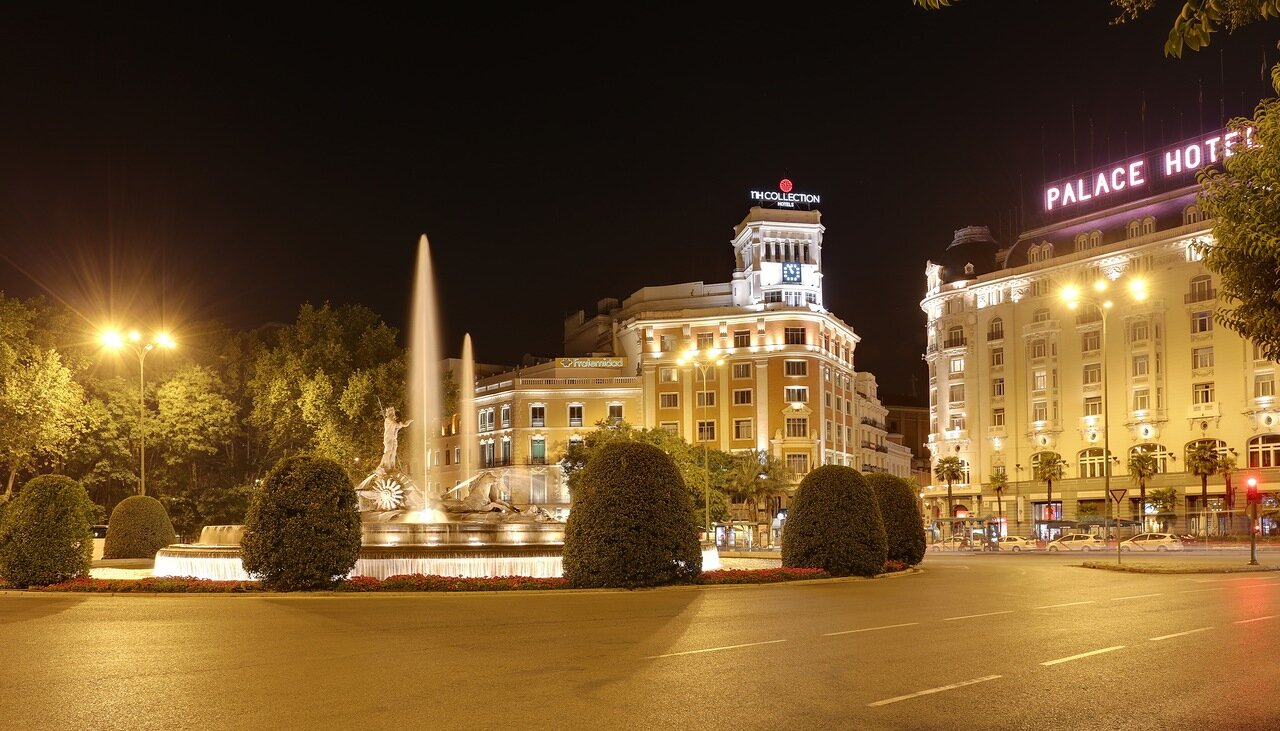