The center of Cibeles square is decorated with a fountain dedicated to the Roman Goddess of fertility Cybele (in Spanish it sounds like Cibeles), which gave the name of the square. Cybele, standing in a chariot (quadriga), shows the way to the two lions, in which Aphrodite turned Hippomenes and Atalanta, commanding them to carry the Goddess of fertility forever. 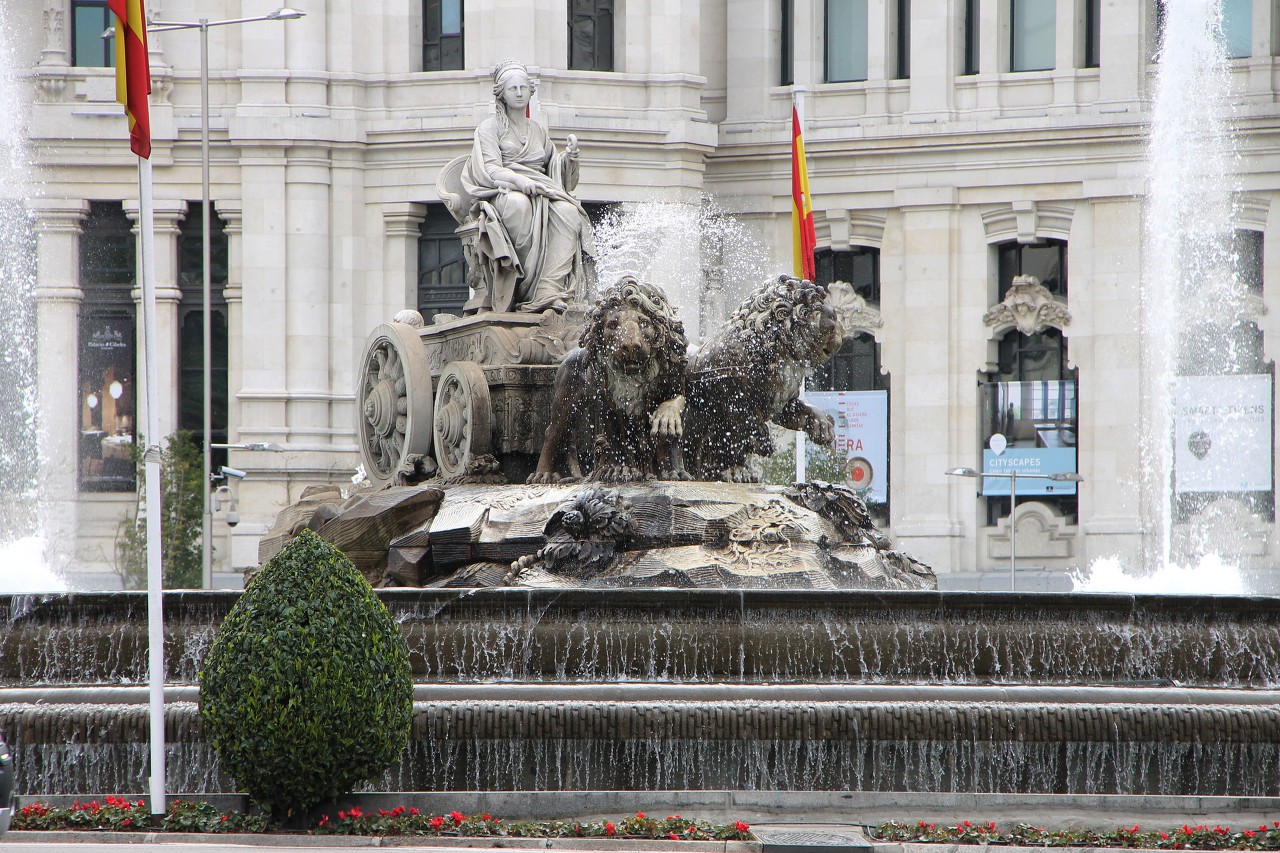 In the second half of the 18th century, the enlightened king Carlos III, taking the example of Paris, initiated a number of reforms aimed at improving Madrid. During his reign, there were pavement and gas lighting of streets, as well as many objects of aesthetic purpose. Among them are two fountains that later became symbols of the city-the fountains of Neptune and Cibeles. Originally, the fountain was installed in front of the Buenavista palace (Now the headquarters of the Spanish army), on the territory of the current Linares garden. Just below, on the Paseo de Recoletos, was built the fountain of Neptune, now located in the square of Canovas del Castillo. In 1895 and 1895 the fountains were moved to their current locations. 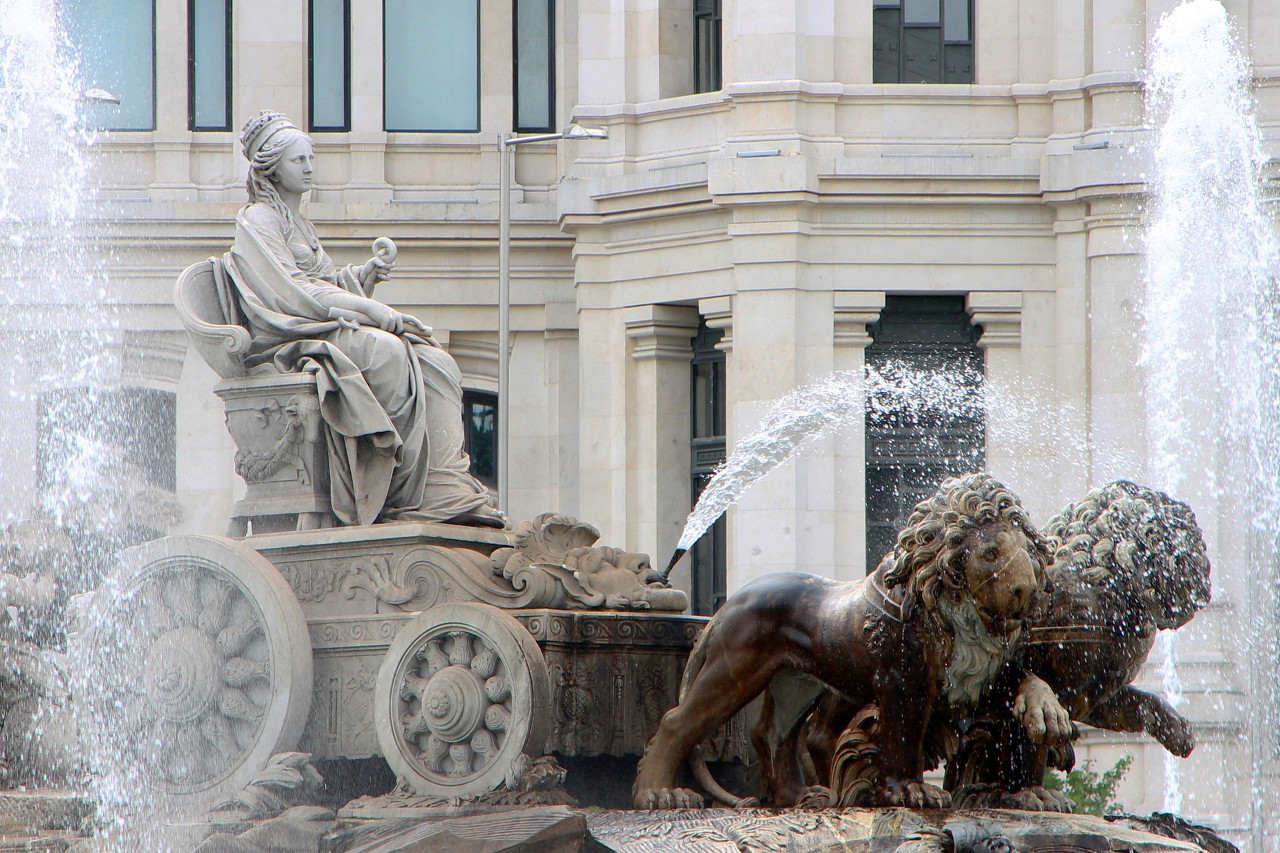 The fountain was designed in 1777 by the city architect Ventura rodríguez. The statue of Cybele and the chariot were made by the sculptor Francisco Gutiérrez, the figures of lions were worked on by the Frenchman Roberto Michel, the decoration elements are the work of Miguel Ximénez. The fountain was opened in 1782. In 1791, at the initiative of the mayor of Madrid, Juan de Villanueva, on the sides of the fountain there were two pools with springs in the form of sculptures of a dragon and a bear, designed for water intake - all fountains had primarily a utilitarian purpose - to supply the population with drinking water. In 1862, when the city center was running water and the need for public water sources disappeared, these statues were removed, so they did not fit well with the theme of the Central sculpture of the fountain. 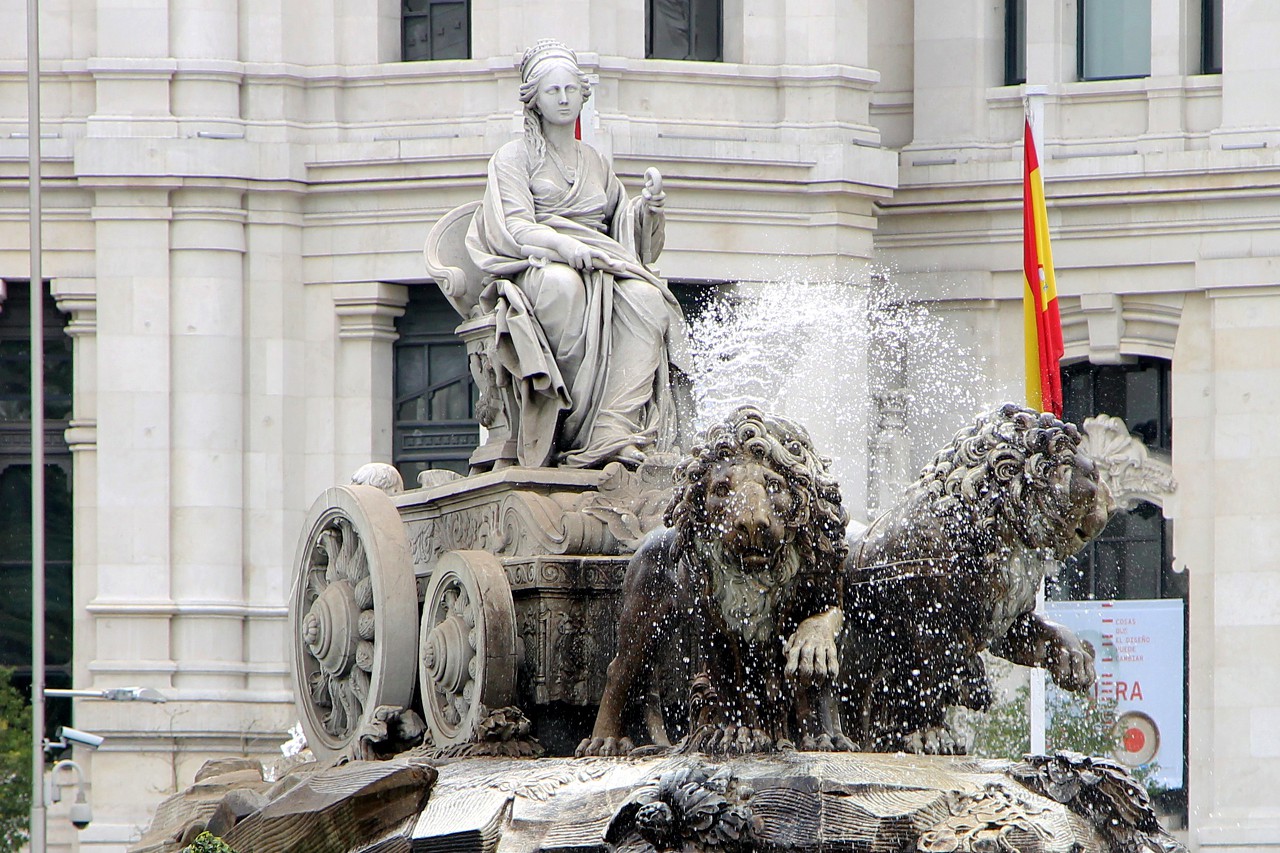 Cibeles square periodically becomes a place to celebrate the victories of the real football club. In 1995, when the Madrid team once again became the champion of Spain, the left hand of the goddess broke off under the weight of the fans who climbed on it, after that, during such events, the police cordon off the fountain. By the way, in the spring of 2014 I had a chance to observe such an event, but it took place in the neighboring square, near the fountain of Neptune. And, of course, it is worth visiting the square in the dark, the fountain in the night light looks unforgettable. 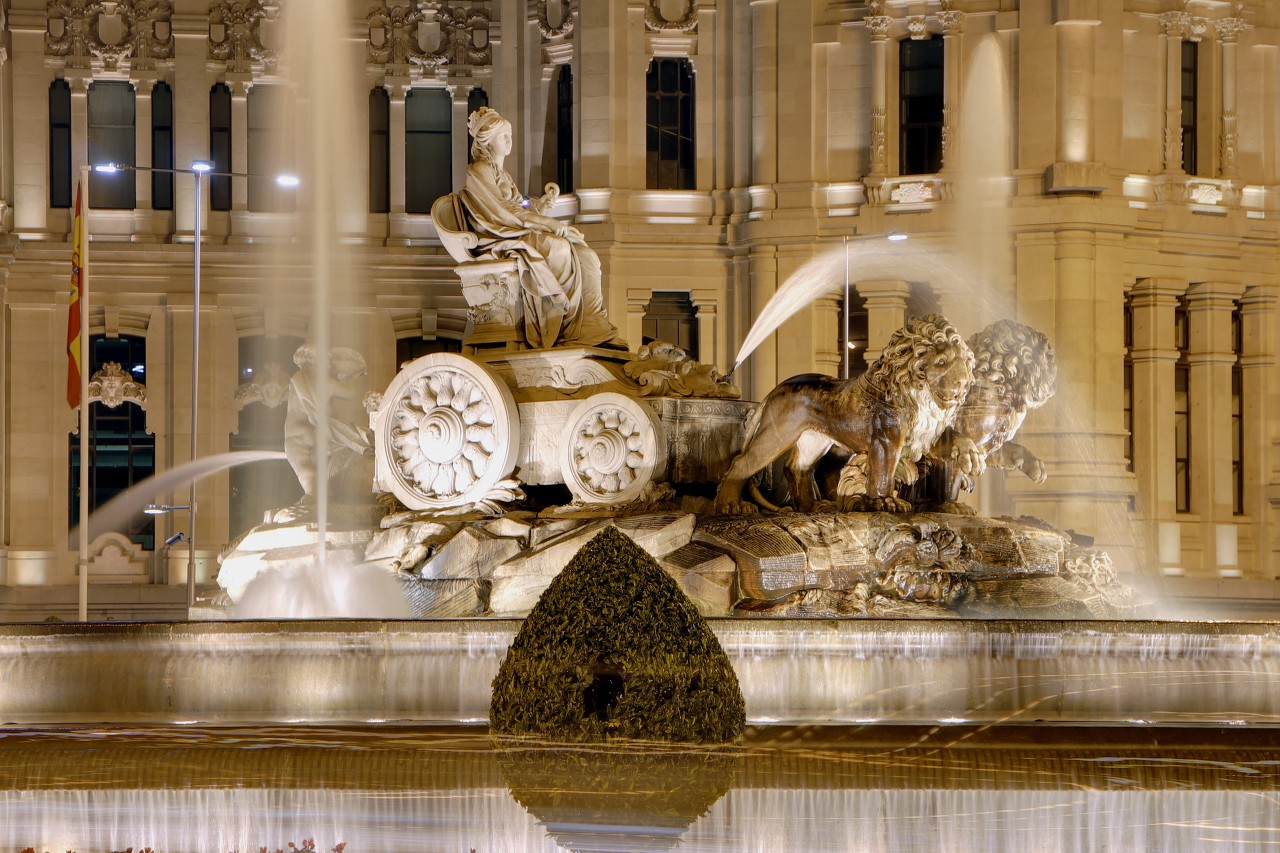