The monument to soldiers of the war in Cuba by Gonzalo Eloy (Eloy Gonzalo), more popularly known as the "Hero of Cascorro". September 22 In 1896 three thousand Cuban rebels surrounded the small town Cascorro, where there was a small detachment of Spaniards 63rd infantry regiment Maria-Kristina's name. The attackers occupied the manor, where they could bombard the chalk field and all approaches to it. The situation was hopeless and soldier Eloy Gonzalo volunteered to destroy the enemy's firing position. Armed with a canister of krosin, and tied around with a rope, for which I he would have been dragged out by his comrades if he had been injured, but Gonzalo crept up to him without being seen. the rebel stronghold was watered with kerosene and set on fire. The fire caused there was a commotion, and the daredevil returned to his position unharmed. 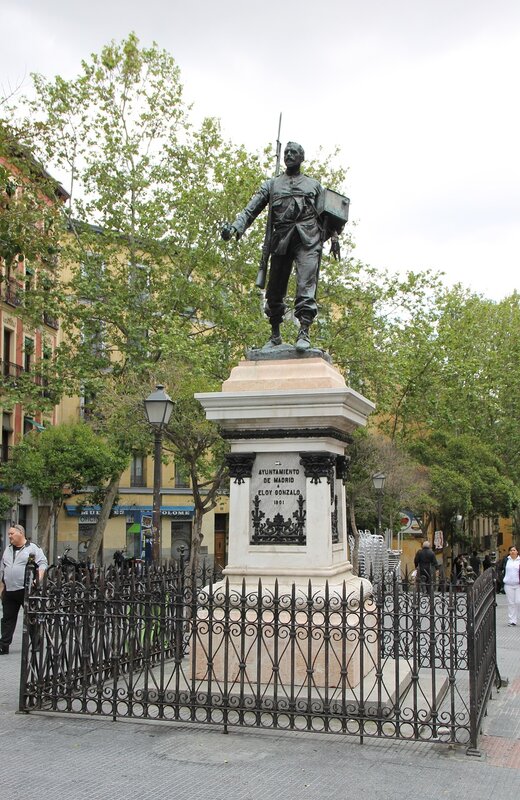 And although his feat had little effect on the outcome of the siege, this story it became popular among the people. In 1897, the city Council of Madrid adopted the the decision to perpetuate the memory of Eloy Gonzalo, and in 1902, king Alfonso XIII unveiled the monument to the legendary soldier on the square of Kaskorro (on the map). The sculpture is the work of Segovia Anisto Marines on the pedestal Lopez Salaberry depicts Gonzalo wrapped with rope Breasts rifle, canister under the arm and a burning wick in his hand. The hero himself he received a Silver cross and a salary of seven and a half pessets a month, he continued to participate in combat operations, but in 1897 he died in a military hospital. in a hospital for a fever. 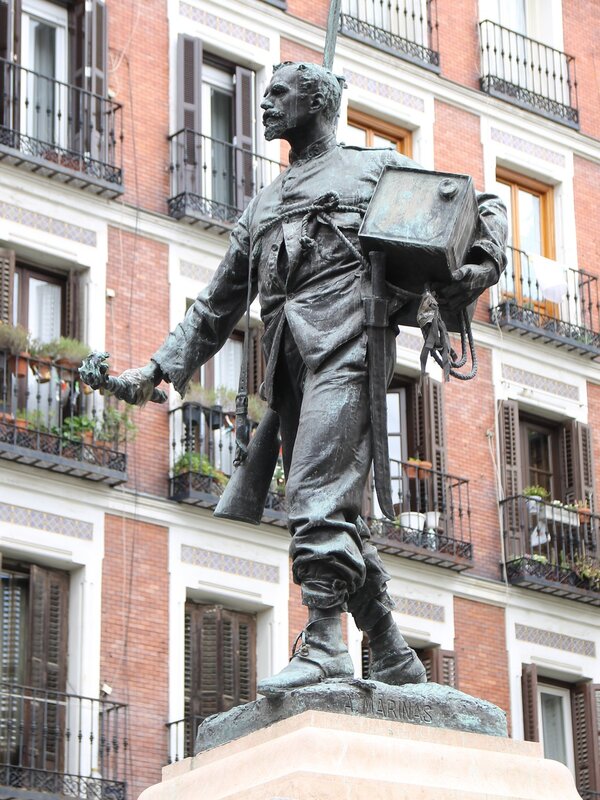