In addition to visiting the Thyssen-Bornemisza Museum, I had a shopping trip planned for the evening in order to buy a backpack. So I headed down Alcala street towards the main Spanish Department store, El Corte Ingles. Here I saw a column of demonstrators moving towards me. Quite a large procession, however, did not interfere too much with traffic, the police simply let both oncoming traffic flow on one side of the street. There are not many cars at this time (eight o'clock in the evening) in the center of Madrid, however, even during rush hours I have never observed traffic jams. Surprisingly, when you consider that Spain ranks 4th in Europe in terms of the number of cars per capita, second only to dwarfed Monaco and Luxembourg, as well as Italy. I must say that the Spaniards drive very carefully. 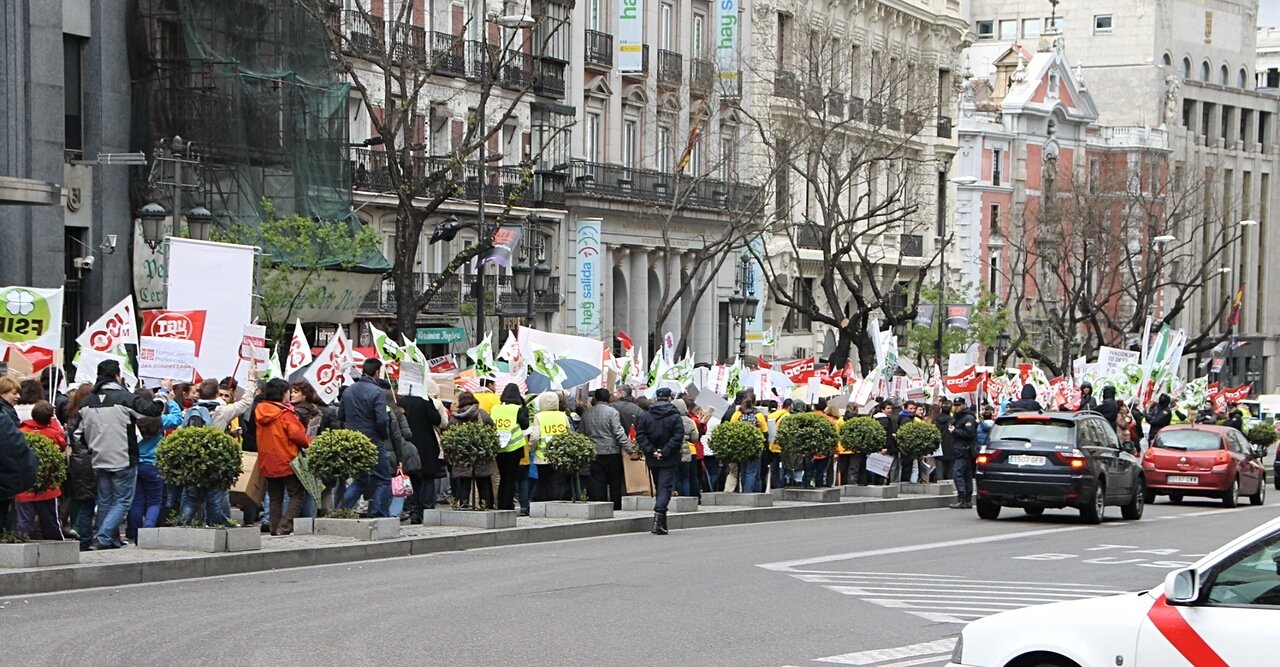 The column marched with great noise - with pipes and whistles, periodically chanting slogans. The demonstration was calmly watched by several policemen on foot, and I didn't notice any cars near the demonstration. The demonstration stopped at the Ministry of health building, and several people with buckets and rags began to clean the bars of its portal. As I understand it, the protesters were protesting against the reduction of technical staff in medical institutions. At the same time, the main crowd was standing on the roadway, passers-by were walking calmly along the sidewalk. It is interesting that I did not notice any frowns on their faces, as the action was going on cheerfully, with a twinkle in their eyes. On this occasion we can quote a Spanish anecdote from the time of the economic crisis: 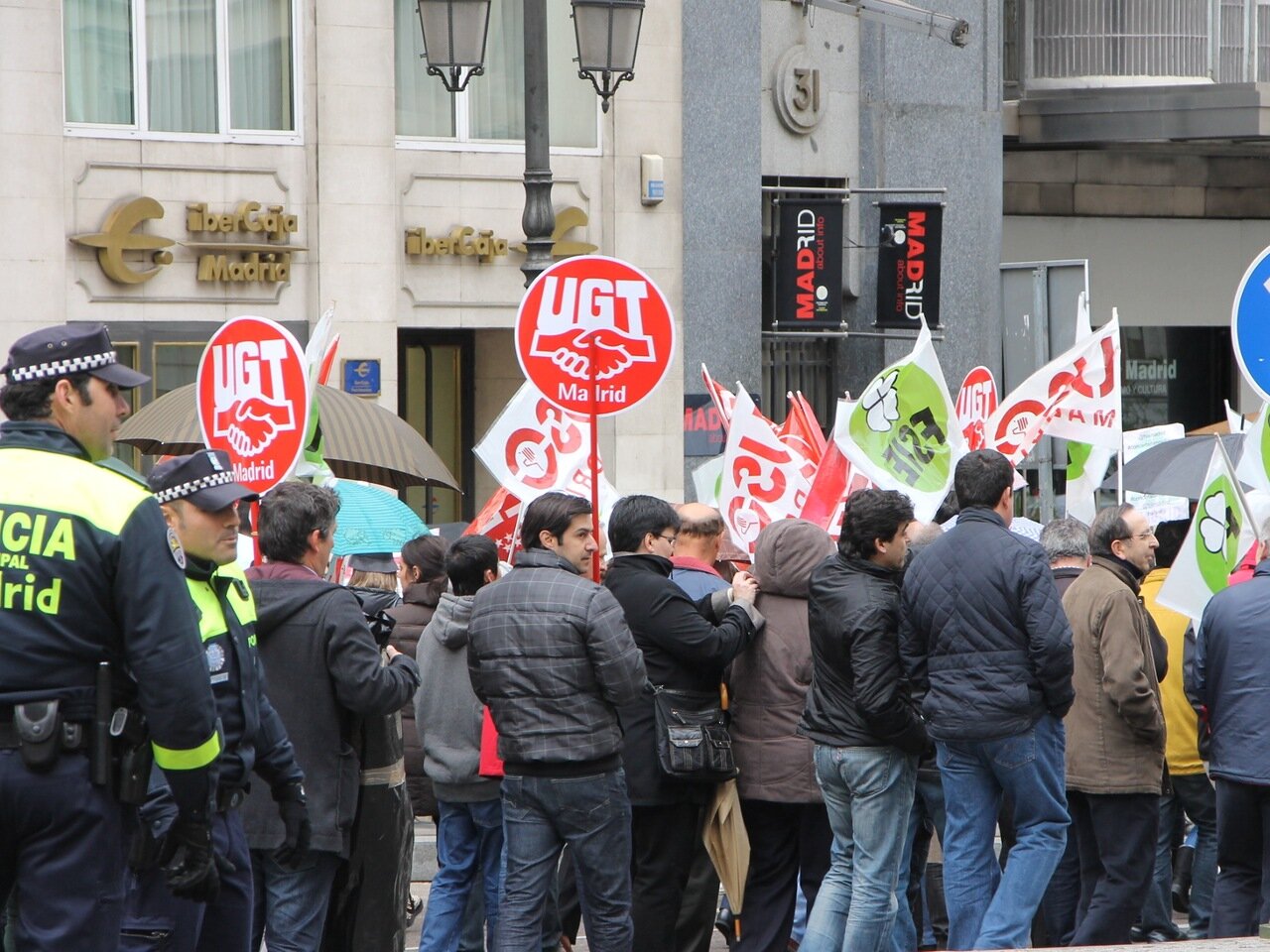 The demonstration was followed by cleaners, but they had nothing to do - the demonstrators left clean asphalt behind them. 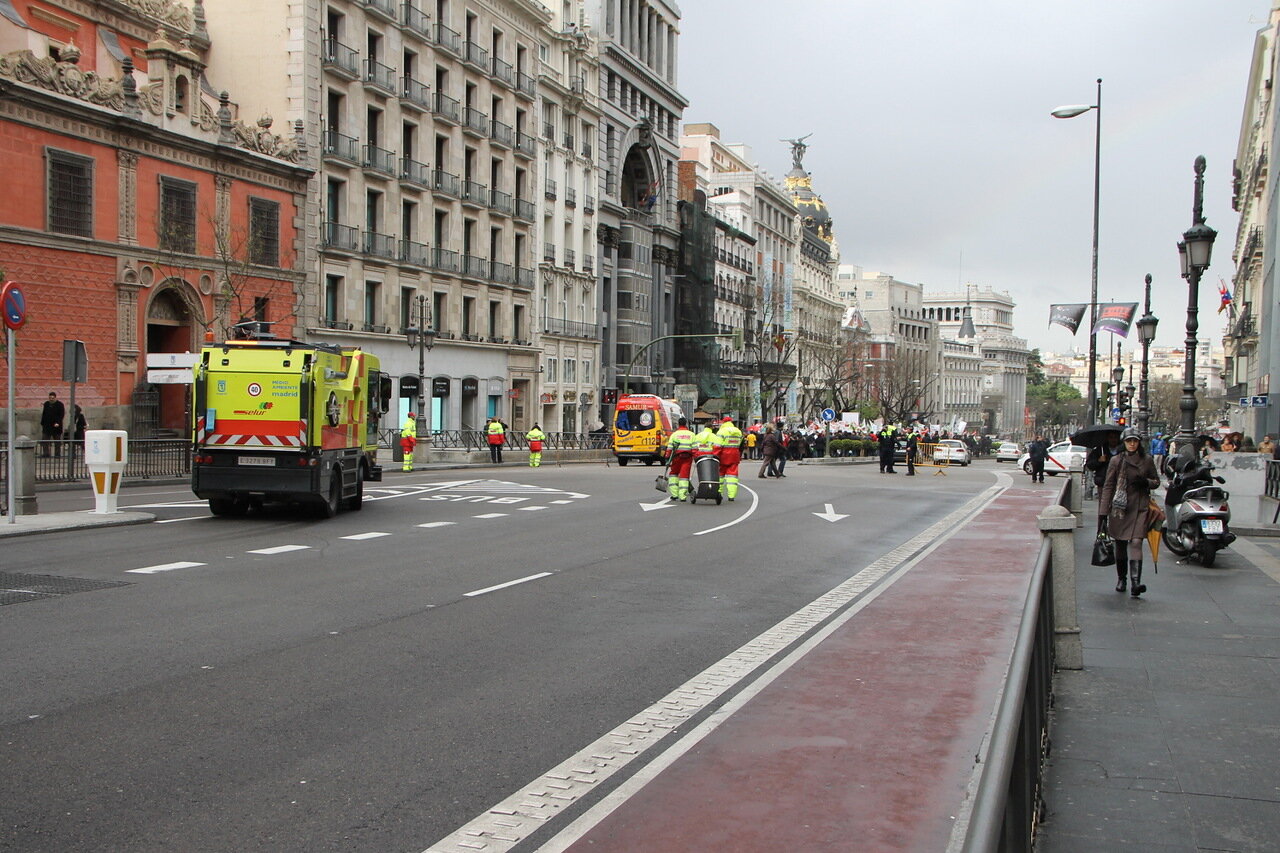 And I still bought a backpack. The biggest problem was to choose the right one, and after an hour's study of the range, I decided on the Boomerang Teera 45, for which I gave 65 euros.