The main financial institution of Spain was founded by king Carlos III and was named after the monarch Banco Nacional de San Carlos, the Director was invited financier of French origin Francisco Cabarrús (Francisco Cabarrús). In the middle of the 19th century, the Bank opened branches in Alicante and Valencia and got its real name. In 1874, the Spanish government transferred control of the Bank's cash issuance. In 1936, the Republican government effectively wasted the Bank's gold reserves, using them to purchase weapons and supplies to fight General Franco's rebels. At the same time, 174 tons went to France, and 510 tons were exported to the USSR. And if after the war France returned about 40 remaining tons, then Moscow appropriated these riches as payment for" gratuitous assistance " to the Republicans. After Franco's victory, the government established strict control over the Bank, effectively nationalizing it, which was legally consolidated in 1952. Currently, the Bank of Spain is part of the European system of Central banks. 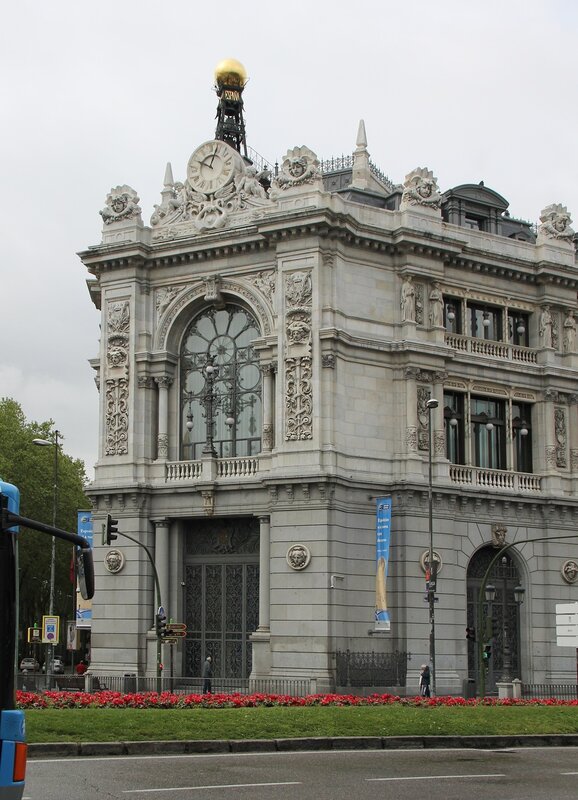 By the end of the 19th century, the Board of the Bank took care of the construction of a new headquarters in Madrid. For this purpose, in 1882, the alcaníces Palace, owned by the Duke of Sesto, was purchased, located on the corner of Alcala Avenue and Paseo del Prado, which was condemned to demolition. The design of the new building was commissioned by architects Eduardo Adaro and Severiano sansu (Eduardo Adaro, Severiano Sainz de la Lastra), their work received a gold medal at the National exhibition of fine arts in 1884. In the same year, on July 4, in the presence of king Alfonso XII, the Foundation stone was laid. The neoclassical building was inaugurated on 3 March 1891 by its five-year-old heir, Alfonso XIII, and accompanied by his mother, Queen Regent Maria Christina. 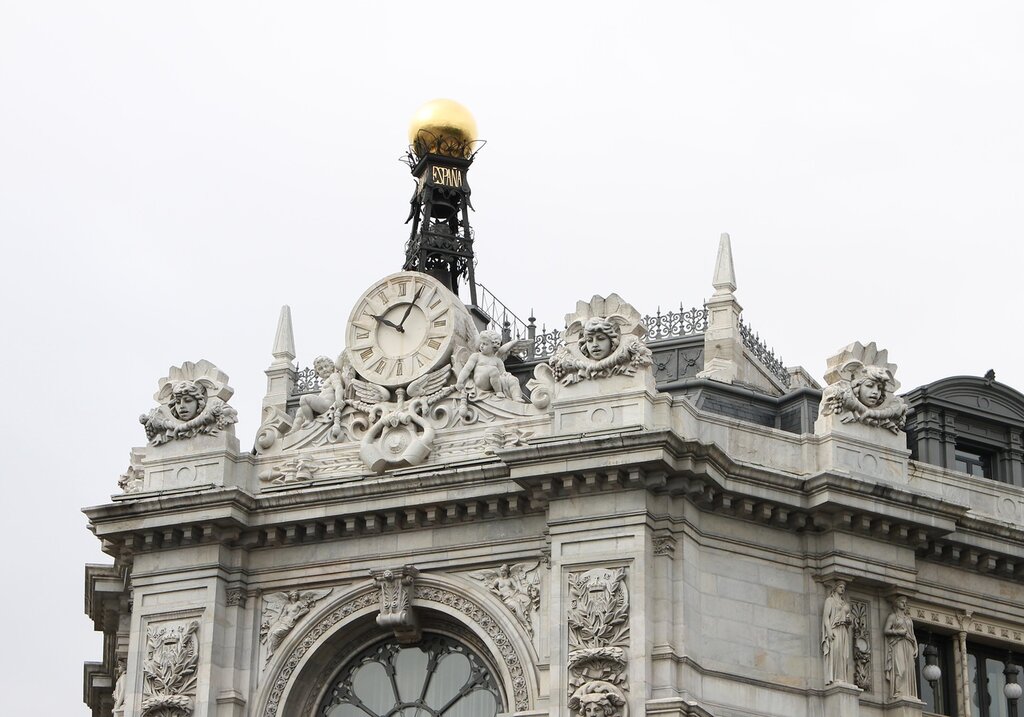 In 1927, the construction of the extension of the facade facing Alcala Avenue was started. For this purpose, The santamrca Palace was demolished. The project was carried out strictly along the lines and in the style of the original facade, but the interior design was already completely different. The author of this part of the building is the architect josé Yarnoz Larrosa. 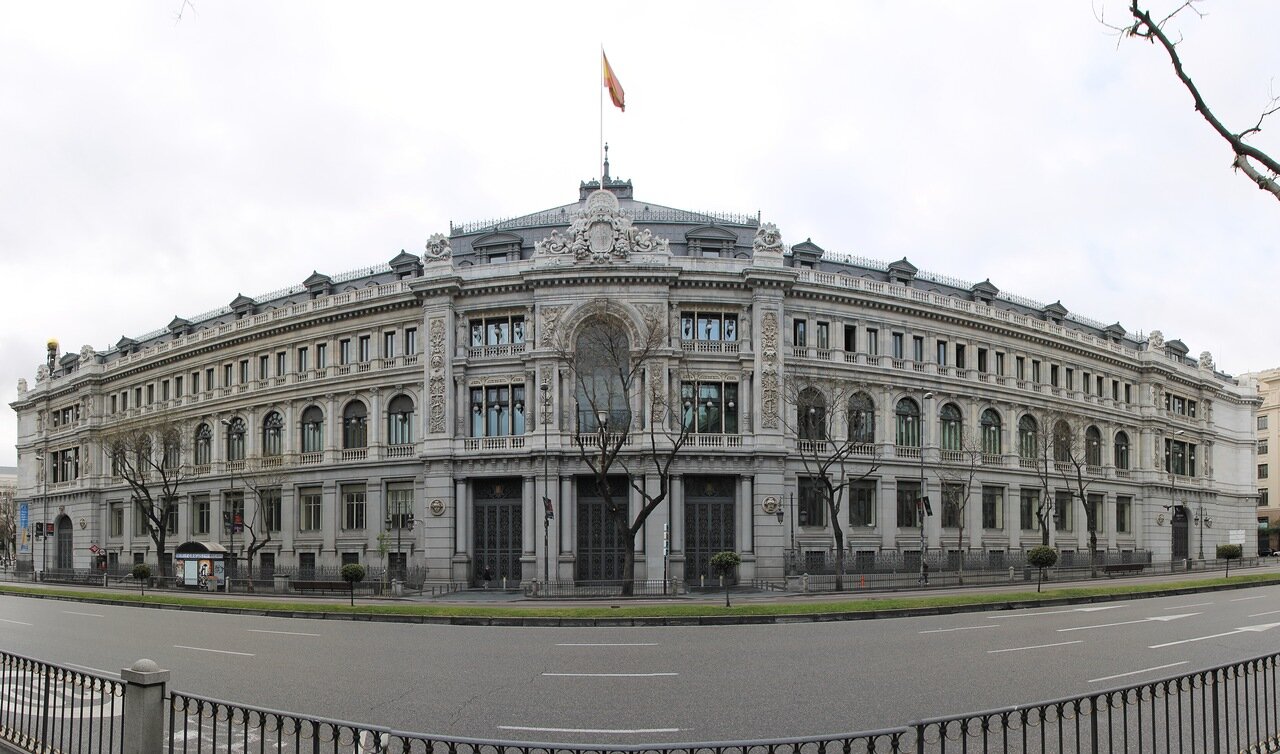 The next expansion began in 1969 under the leadership of his son, Jose Yarnoz Orcoyen), 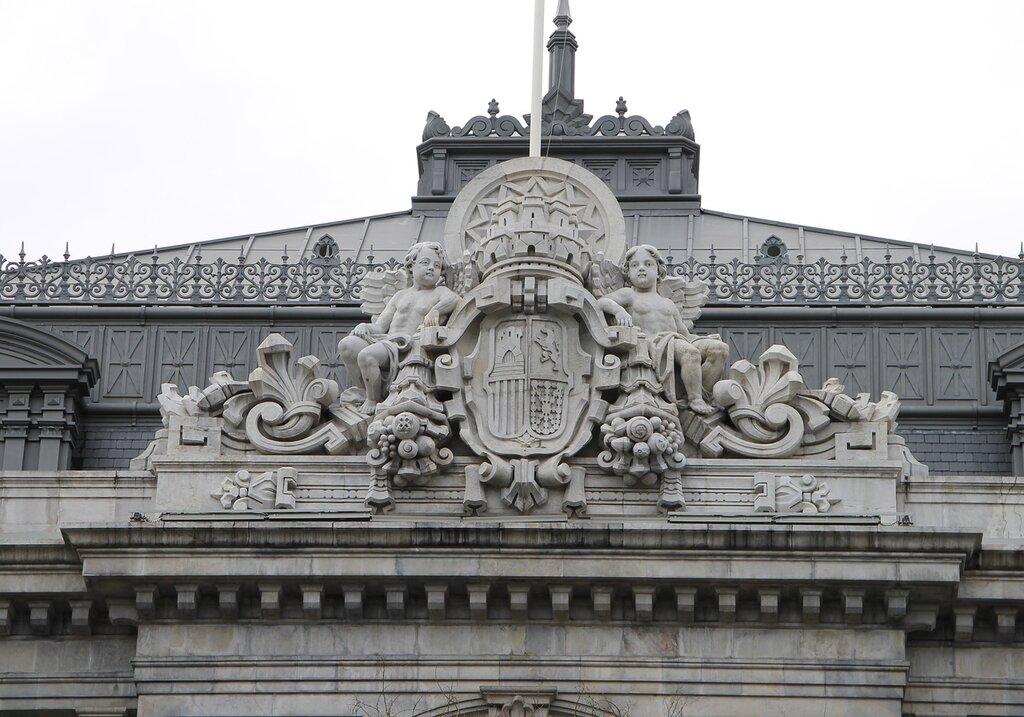 Finally, the Bank's building closed the ring around the block in 2003, designed by Rafael Moneo. 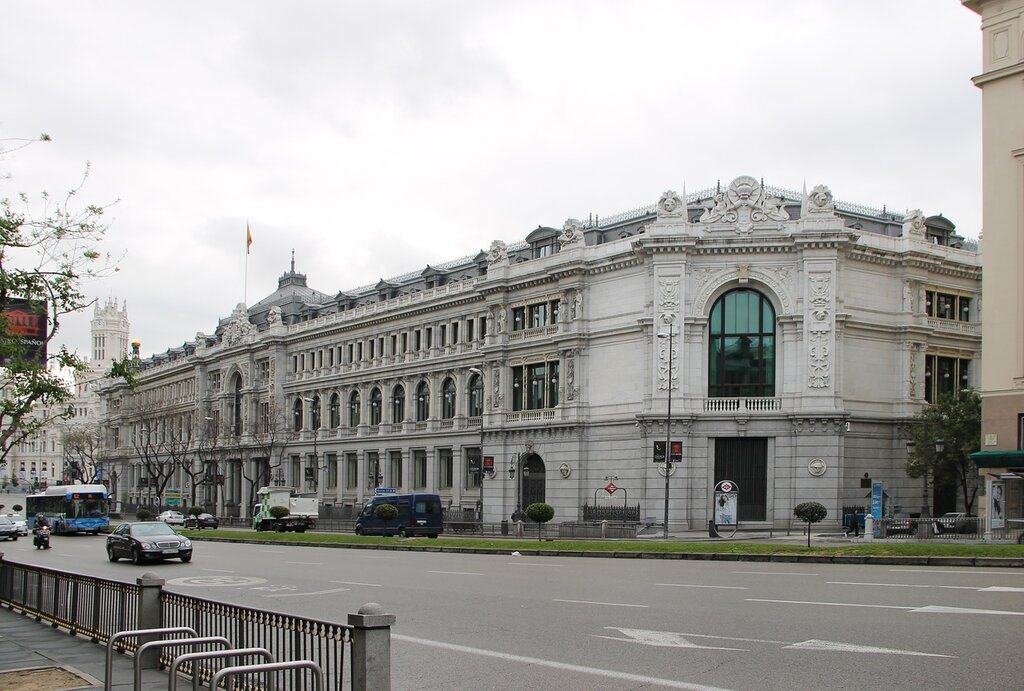 In 1999, the building was included in the register of national cultural monuments. Now it is one of the largest architectural complexes in Madrid, and right under the Cibeles fountain, at a depth of 40 meters, there is a bunker where the national currency reserve of Spain is stored. 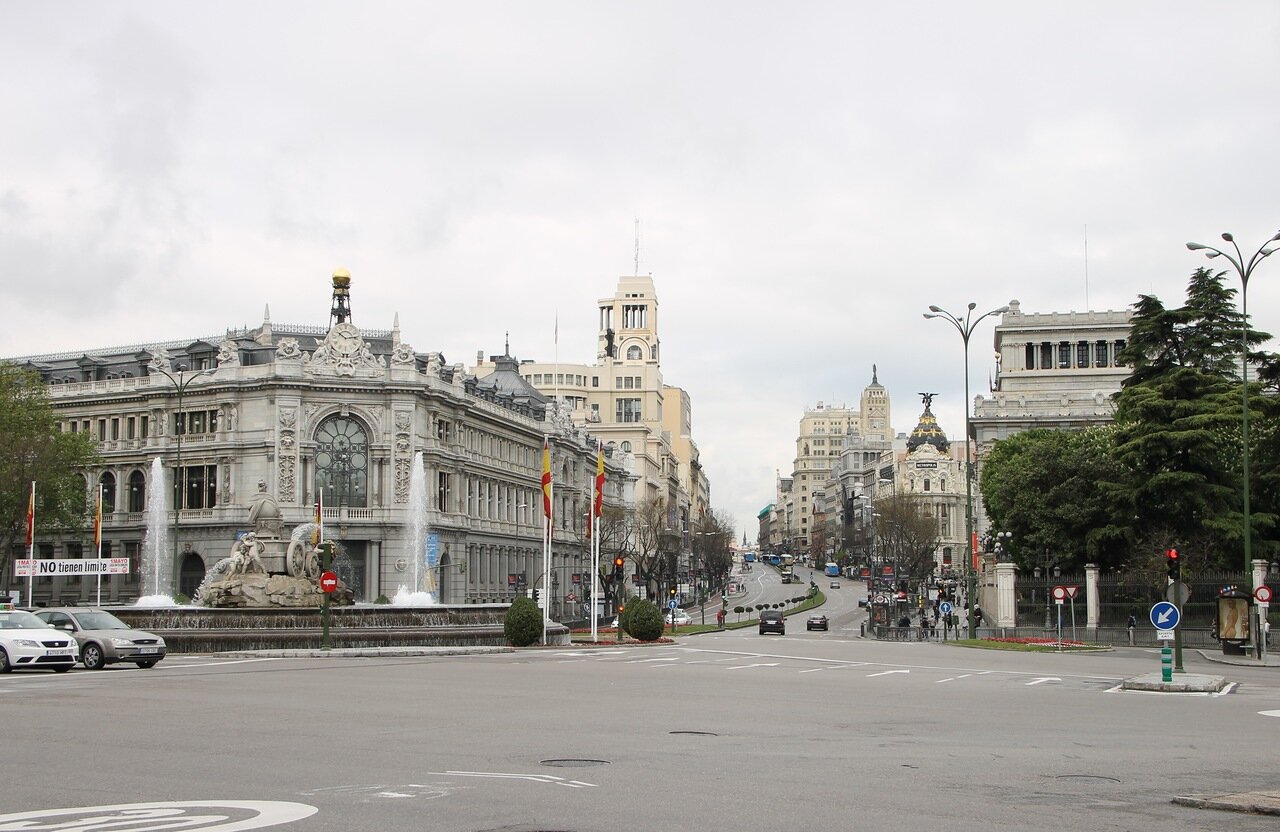